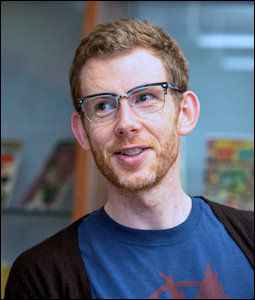 My book from Oxford University Press – Robert Altman and the Elaboration of Hollywood Storytelling –  revises standard critical accounts of Altman’s seminal work in the "Hollywood Renaissance" or “New Hollywood” period of the early 1970s, during which he directed M*A*S*H, Brewster McCloud, McCabe & Mrs. Miller, Images, The Long Goodbye, Thieves Like Us, California Split, and Nashville. It reframes Altman as a pragmatic innovator whose work exceeds, but is also grounded in, the norms of classical Hollywood storytelling. Largely avoiding thematic interpretation and focusing instead on stylistic, narrative, and thematic design, I employ a historical poetics approach to demystify the central features of Altman’s profile – his films’ reputedly lax narrative design, his intensified use of the zoom, his complex soundtracks featuring overlapping dialogue, his improvisatory on-set practices, and his transmedial training in industrial filmmaking and filmed television. The book provides a clear example of how a filmmaker might work within and across media institutions to innovate and elaborate upon their sanctioned practices and aims.

My new project focuses on the emergence of the superhero genre within comic books of the late 1930s and 1940s and the genre’s extension into comic strips, adventure serials, animation, and radio. I place particular emphasis on tracing the development of the genre’s conventions, experiential aims, and narrative and stylistic strategies both within and across media forms and industries.

CHAPTERS IN COLLECTIONS
• “I Yam What I Yam What I Yam: Altman and the Transpositional Poetics of Popeye,” in Autumnal Altman, eds. Lisa Dombrowski and Justin Wyatt. Edinburgh University Press (forthcoming).
• “Reforming the ‘Justice’ System: Marvel’s Avengers and the Transformation of the All-Star Team Book,” (with Bradley Schauer), in Make Ours Marvel: Media Convergence and a Comics Universe, ed. Matt Yockey. University of Texas Press (2017).
• “Sponsoring the Hollywood Renaissance: Reappraising Robert Altman’s Industrial Films,” in A Companion to Robert Altman, ed. Adrian Danks. Wiley-Blackwell (2015).