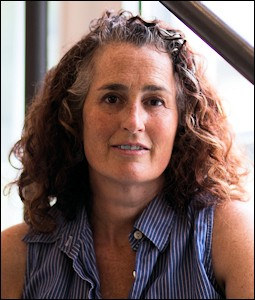 My current book project, tentatively entitled Conjugating Victorians: Essays on Time, Grammar, and Other Living Forms, theorizes the relationship between nineteenth-century sciences and the often-conflicting means by which Victorian authors, designers, and social commentators imagined and constructed their temporal present. Bringing together material and narrative representations of time in Victorian England, this book will contribute to an emerging discourse in the humanities about the relationship between the human conceptualization of time and nineteenth-century advances in science and technology.

Victorian England offers a particularly rich field for studying formal revisions of time. Technological advances and new developments in biology, geology, and natural history (among other fields), fundamentally and often conflictingly remapped both the temporal scale and representational shapes of human events. As Paul Ricouer writes, these new branches of science effected "not only a progressive extension of the scale of time beyond the barrier of six thousand years, assigned by a petrified Judeo-Christian tradition… but also an increasing differentiation of the temporal properties characteristic of each of the regions of nature open to an ever more stratified natural history." No longer a flat, linear backdrop against which human beings played out their lives, time became multiple and mobile. There was no single, solid ground against which to measure the events of human history. Time took on depth, becoming ever more plural, fluid, and uneven.

Changing Victorian ideologies of history, the present, and the future took concrete forms, I argue, in such diverse areas as architecture, interior design, painting, and literary style. I am organizing this collection of essays around the grammatical figures of present participles and gerunds, adjectives and nouns ending in "ing," which derive from verbs existing in a state of perpetual present tense. These figures, both fixed and vibrant, both stable and active, emblematize my understanding of my objects of this study. As this project has taken shape over the past two years, I have conceived of seven chapters. Conjugating deals with literal Victorian grammars of English; "Regretting" reads the unsteady grammars of mid-century novels against the burgeoning sciences of oceanography and archaeology; "Touching" considers innovations in advertising in light of new discoveries about memory and the ephemerality of sensory perception; "Telling" reads images of clocks in print media in conjunction with the architectural aesthetics of A.W.N. Pugin; and "Evolving" draws upon Victorian debates about home décor to analyze the relationship between the new temporalities of the natural sciences and the aftermath of the Design Reform movement of the 1850s and 60s. Each chapter of Conjugating Victorians draws upon archival materials to investigate temporal designations key to both cultural and aesthetic analysis, so as to provide a rough map of the categories and artifacts of Victorian presents, so as to emphasize the flexible nature of cultural forms and the significance of linguistic activity to their circulation.

REVIEWS AND SHORTER PIECES
• Review of Forgery in Nineteenth-Century Literature and CulturFictions of Finance from Dickens to Wilde by Sara Malton. (Palgrave 2009) for Victorian Studies. (Forthcoming)