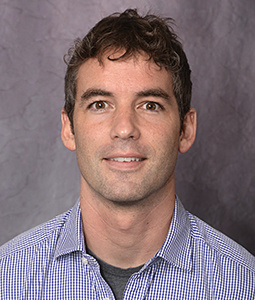 David Kneas completed his Ph.D. in 2014 at Yale University, in a combined program between Anthropology and The School of Forestry & Environmental Studies. David also has a Masters degree in Environmental Science from Yale and a BA in Biology and Spanish from DePauw University (Greencastle, IN).

My research examines the political and cultural dimensions of resource conflicts and environmental change in Latin America. Working at the intersection of human geography, cultural anthropology, and political ecology, I have conducted long-term ethnographic and historical research in the Intag region of northwestern Ecuador. This research situates the contemporary conflict over proposed copper mining within regional histories of agrarian settlement and national histories of mineral exploration that have articulated subsoil copper as on object of political and economic significance. I am currently developing a new research project that considers the production of knowledge and expertise within the global mining industry, focusing on the junior mining companies that dominate resource exploration worldwide.

Carse, A., and D. Kneas. 2019. Unbuilt and Unfinished: The Temporalities of Infrastructure. Environment and Society: Advances in Research 10: 9–28.

Kneas, D. 2018. Emergence and Aftermath: The (Un)becoming of Resources and Identities in Northwestern Ecuador. American Anthropologist. 120(4): 752–764.

Kneas, D. 2016 Subsoil Abundance and Surface Absence: A Junior Mining Company and its Performance of Prognosis in Northwestern Ecuador. Journal of the Royal Anthropological Institute 22(S1): 67–86.