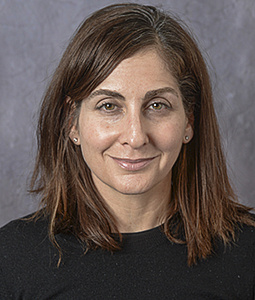 Caroline is a broadly trained human geographer whose interests lie at the intersection of urban, cultural, and political geography. As a migration specialist, Caroline has long been interested in the politics of identity, integration, and citizenship in immigrant-receiving contexts. Her work on British Arab and Arab American activists (with Lynn Staeheli) and on Christian outreach to immigrants in the U.S. South (with Patricia Ehrkamp) has explored themes of transnationalism, ethnic formation, multicultural discourse, immigrant activism, and religious identity. Underlying all of her work on migration is a concern with the everyday, place-based production and negotiation of social membership and belonging. Her years of teaching and research on immigration are reflected in her 2016 book, co-authored with Liz Mavroudi, entitled Global Migration: Patterns, Processes, and Politics (Routledge). Caroline also has an interest in Lebanon that stems from her work on Arab immigrants. Having visited Lebanon shortly after the country’s civil war, Caroline returned as a Fulbright scholar in 2010-11 and was based at the American University of Beirut. Her work on Lebanon has focused on the redevelopment of Beirut and the role of NGOs in producing new citizenship discourses in a fragmented political landscape. Caroline’s current research explores the political subjectivities of young Christians who participate in short-term overseas missions. This research asks how young people come to understand themselves as being in community with, and as having obligations to, faraway people and places. It also examines the tensions and overlaps between ideas of Christian mission and more secular conceptions of ‘global citizenship’ and humanitarianism.

Nagel, C. (2020). The “problem” of religion in the secular state: Sectarianism and state formation in Lebanon, in S. Moisio, A. Jonas, N. Koch, C. Lizotte, and J. Luukkonen (eds), Handbook on the Changing Geographies of the State: New Spaces of Geopolitics. Northampton, UK: Edward Elgar.

Ehrkamp, P. and Nagel, C. (2017). Policing the borders of church and societal membership: Immigrant and faith-based communities in the U.S. South, Territory, Politics and Governance 5(3): 318-331.

Nagel, C. (2016).  Southern hospitality? Islamophobia and the politicization of refugees in South Carolina during the 2016 election season, Southeastern Geographer 56(3): 283-290.

Ehrkamp, P. and Nagel. C. (2014). Under the radar: Undocumented immigrants, Christian faith communities, and the precarious spaces of welcome in the U.S. South, Annals of the Association of American Geographers 104: 319-328.