Dr. Kuniharu Kubodera is a recipient of the 2017 Totsuka Prize, a prestigious Japanese physics prize awarded by the Heisei Foundation for Basic Science, which was founded by Dr. Masatoshi Koshiba, a 2002 Nobel Prize winner. The citation recognizes Dr. Kubodera's contribution to neutrino physics through his high-precision calculation of the neutrino-deuteron reaction cross sections.  This calculation, done in collaboration with Drs. T. Sato and S. Nakamura (both at Osaka University) and Dr. V. Gudkov (USC), provided an important theoretical input needed when the Sudbury Neutrino Observatory (SNO) experiment established the discovery of solar neutrino oscillations, a discovery for which the SNO leader, Dr. A.B. McDonald, received the 2015 Nobel Prize.

The Yoji Totsuka Prize was established in 2009 to memorialize Prof. Yoji Totsuka’s outstanding achievements on neutrino physics, including the discovery of neutrino oscillations in atmospheric and solar neutrinos. The purpose of this prize is to recognize researchers with distinguished achievements in the fields of experimental and theoretical particle physics, especially in the area of neutrino and non-accelerator physics. 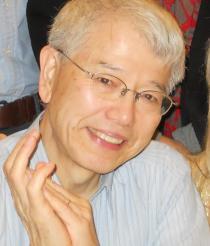