Congratulations to Dr. Yanwen Wu for winning an NSF CAREER award to support her work on an all-optical plasmonic device to control and couple quantum dots for optical and quantum information processing.  The National Science Foundation states that "The Faculty Early Career Development (CAREER) Program is a Foundation-wide activity that offers the National Science Foundation's most prestigious awards in support of early-career faculty who have the potential to serve as academic role models in research and education and to lead advances in the mission of their department or organization."

Modern day computational devices, from smartphones to supercomputers, all rely on electrons to carry and process information. As the footprint of the basic circuits on a microchip is shrinking to nanometers in size, close proximity of these components can cause an information “traffic jam” due to the interactions between electrons. In order to overcome this limitation, current research efforts are exploring the idea of replacing electrons with photons as the principal carriers of information since they do not interact directly with each other. A photonic device is expected to be superior in terms of speed, bandwidth, and energy efficiency. However, this lack of direct interaction can be a double-edged sword: how can a photon be controlled by another photon in an all-optical device? To answer this conundrum, Dr. Wu's project will exploit the electromagnetic confinement and enhancement power of metallic nanostructures to not only guide photons on a nanoscale footprint below their diffraction limit, but to also control, on the timescale of trillionths of a second, how photons are emitted from a nanoscale light source called the quantum dot and where they will go. The key idea is not to rely on the direct photon interaction but rather to use the optically excited metallic nanostructures to strongly modify the quantum dot, which subsequently determines the properties and directions of the produced photon. The successful implementation of these techniques lays the path to ultrafast optical switches or transistors that can lead to a paradigm shift in information processing technology. 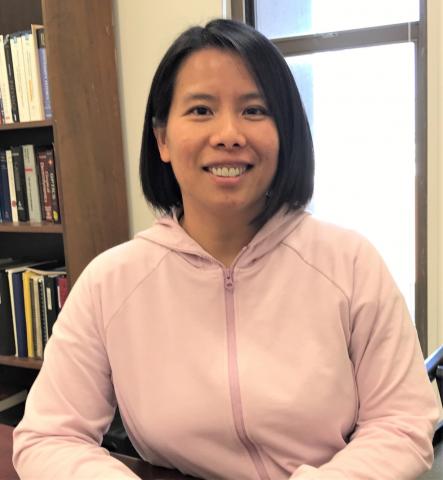