Made up of some of the state’s most influential and knowledgeable leaders, the board includes the governor, the state education superintendent, members representing each of the state’s 16 judicial circuits and the president of the UofSC Alumni Association. The governor has an appointee and usually designates someone to fill the governor’s seat on the board. 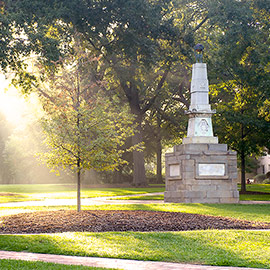 Cameron Howell, Secretary of the Board