Judith Kalb, Ph.D., is one of those professors that makes a significant impact in the lives of her students as well as the university. Her outstanding work with the Russian program at the University of South Carolina is one of the reasons she has won the 2018 Excellence in Post-Secondary teaching award from the American Association of Teachers of Slavic and East European Languages (AATSEEL).

When asked what this recognition means to her, Kalb can barely complete a sentence about herself before she continues talking about her amazing students and graduates of the program. “It is lovely to me that my chair had the belief in me that he would nominate me. And it’s really lovely that the wider community will be aware of what it is we are doing in this program here at UofSC,” says Kalb.

I think there is a certain magic that happens when you have people who get along, love what they do and we have some of the best students at this university, by far.”

In 2002, Kalb and her husband, Alexander Ogden, launched the only Russian major in the state of South Carolina at the University of South Carolina. “When my husband and I came here in 1998, there was virtually no Russian program,” says Kalb. “We feel extremely committed to this university because this university committed to us and gave us the opportunity to do what we love to do.”

With just three instructors, Kalb, Ogden and Anna Eaton, the Russian program at UofSC is ranked 5th in the nation by the Chronicle on Higher Education in the number of students majoring in Russian. Many of the colleges topping the list have as many as 20 faculty members.

Nicholas Vazsonyi, Ph.D., chair of the Department of Languages, Literatures and Cultures, nominated Kalb for the award. Vazsonyi says the UofSC Russian program graduates more students than other language programs because of Kalb’s tireless efforts. “She puts in endless time devising exciting courses that are filled with innovative, student-centered ideas. Whenever I walk past her office, she is in there talking with a student, and then she is still talking to them when I walk past half an hour later. Judy has also been integral to a variety of teaching innovations and initiatives of both the department and the college.”

Kalb’s innovation garnered her an inaugural co-winner of the Garnet Apple Award for Teaching Innovation in 2016. Kalb and Lara Ducate created Comparative Literature 150, an online course on values and ethics in literature, which satisfies two Carolina Core requirements, Aesthetic and Interpretive Understanding (AIU) and Values, Ethics and Social Responsibility (VSR). The Garnet Apple Award recognizes faculty members who have demonstrated an ongoing commitment to best teaching practices and a proven record of developing innovative teaching approaches.

In addition to teaching in the Russian program, she published Russia’s Rome: Imperial Visions, Messianic Dreams, 1890-1940, in which she examined the image of ancient Rome in the writings of Russian modernists in 2008. She has also written numerous articles and co-edited two volumes of the Dictionary of Literary Biography, on Russian Writers of the Silver Age and Russian Novelists in the Age of Tolstoy and Dostoevsky. She is currently working on a book-length study of Homer in Russian historical, political and cultural contexts. 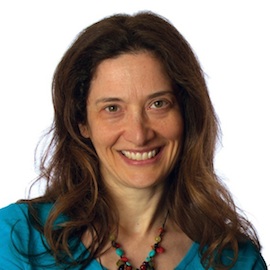 Judith Kalb, Ph.D., has been awarded the 2018 Excellence in Post-Secondary teaching award from the American Association of Teachers of Slavic and East European Languages.