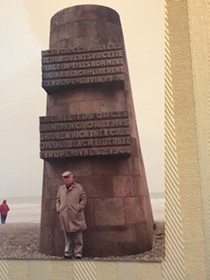 Late one night while traveling home, Joel Collins, husband of Rhonda Collins, had a conversation that changed his life.

As he was waiting for his luggage at the airport in Columbia, S.C., Collins met several United States Army recruits who were on their way to Fort Jackson for the first time. Seeing that they were unfamiliar with the area, Collins offered to give them a ride. As they made their way to Fort Jackson, Collins asked each of them why they decided to enlist in the Army. One soldier described how after he graduated high school he realized he was unable to afford college. However, all three recruits shared mutual feelings of anxiety and excitement for the journey ahead. “That experience planted a seed in my mind to someday create a way to help these most deserving young Americans,” Collins said.

Years later, Collins learned about Palmetto College at the University of South Carolina and Fort Jackson. After doing some research, Collins and his wife realized that many veterans and current soldiers wanted to attend the University of South Carolina but, even after using the G.I. Bill, still needed financial support. That is when the idea for the Robert V. Phillips Endowment Fund started to come together.

After considering a few names, Joel and Rhonda Collins decided the best namesake for the scholarship would be Robert “Bob” V. Phillips, Rhonda’s father. 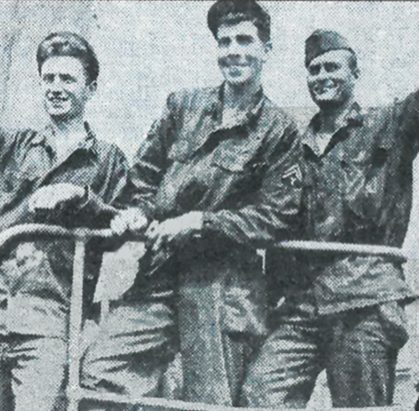 Bob Phillips served in World War II as part of General George Patton’s 3rd Army, which played a vital role in the Battle of the Bulge. Phillips was also awarded the Bronze Star.

Collins described his father-in-law as a quiet man who was never boastful. Collins recalled on Thanksgiving, while everyone was crowded around the television watching football, Phillips would be in the kitchen washing dishes and cleaning up. “He was always of quiet service,” Collins said.

Undoubtedly, Phillips would be honored to have this scholarship named after him since he also started his military career at Fort Jackson. Although Phillips never received a college degree, he understood the importance of higher education; he strongly encouraged his children to receive a college degree. Collins said since the scholarship has been created, it has helped a lot of deserving people receive a college degree. He has been especially pleased to see how well the University of South Carolina and Fort Jackson have worked together in implementing and sustaining the fund. 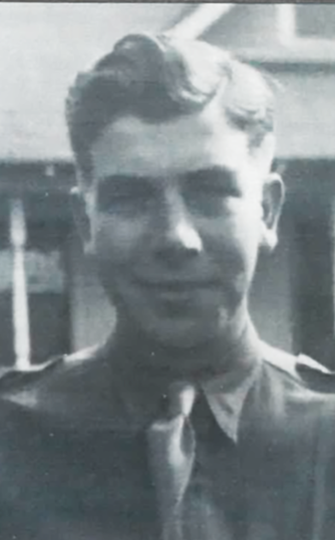 Money for the scholarship is raised through community support and donations. Since the creation of the fund, 16 Army soldiers have received the Robert V. Phillips Endowment Fund scholarship, for a total of $12,664 distributed.

As for the future, Collins hopes the scholarship will continue to do a lot of good. “Everyone has an obligation to give back and you can do that in many different ways,” Collins said, “But I cannot think of a better way to give back than giving someone financial support to get an education, and those at Fort Jackson are the most deserving people anyone could find for college scholarship funding and support.”

“The generous support of community members like Mr. & Mrs. Collins plays a critical role in the University’s ability to attract, retain, and graduate many of our military-affiliated students”, emphasized by Jared Evans, Director of Military Engagement & Veteran Initiatives. “As we continue to provide new programs and services, to include a recently opened 3,400 sq. ft. Veterans and Military Center of Excellence in the heart of the University of South Carolina campus, it’s imperative we continue to build strong relationships with those who appreciate and recognize the value veterans and military service members bring to higher education and our community. The generosity of the Collins and others who have contributed to the Robert V. Phillips Endowment, directly impacts our ability to fulfill our mission of Serving Those Who Serve.”