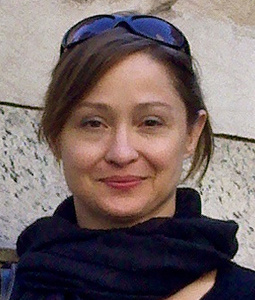 Erin Roberts received her Ph.D. from Brown University in May 2010 and joined the University of South Carolina in August 2010. Professor Roberts’ areas of expertise include early Christian history and literature, Hellenistic moral philosophy, as well as theory and method for the study of religion.

Her current research focuses on the ways that ancient writers interested in Judean traditions (including the apostle Paul, Philo of Alexandria, and the authors of gospels about Jesus) participated in the discourse  of Greek and Roman moral philosophy. In her dissertation, she investigates how Hellenistic ideas about moral psychology and emotion may help account for the distinctive ethical teachings in the gospel of Matthew. Additionally, she is interested in the ways that theological agenda continue to shape the modern study of Christian origins and is involved in projects aimed at naturalizing the study of religion.

Prof. Roberts will be teaching courses in early/proto- Christian history and literature, Hellenistic moral philosophy, historiography, and theory of religion. She will also develop courses in collaboration with the Department of Philosophy.

Dr.Roberts was one of the judges for posters in the psychology and social sciences division on Discovery Day on Friday, April 22. While there she met a very important person, Cocky the official USC gamecock.