Within the past 20 years, the number of opioid prescriptions in the U.S. has quadrupled and so has the number of deaths due to opioid overdose, according to the Centers for Disease Control and Prevention. Researchers in the College of Social Work are working to stem the tide of opioid abuse by studying the availability and quality of treatment and by improving drug use screenings.

Social work is uniquely suited as a home for this work. The study of opioid use has long “been dominated by the fields of psychiatry and psychology,” which are based on the individual, says CoSW professor Christina Andrews. Social work, however, “focuses on broader social context to understand how neighborhoods, communities, local economic markets, and broader policy contexts” influence public health issues like this one.

Between 2000 and now, we’ve seen a tripling in the number of people who are coming into treatment and citing opioid use as their chief concern.

The influence of the Affordable Care Act on the opioid crisis

“Between 2000 and now, we’ve seen a tripling in the number of people who are coming into treatment and citing opioid use as their chief concern,” and yet there has not been a corresponding rise in the availability of treatment, says Andrews. Methadone access has actually decreased a bit, and Andrews suspects “it may have to do with insurance providers who will cover buprenorphine but not methadone,” which then affects what’s available in the marketplace. Andrews has been collecting data to show the influence of the Affordable Care Act on the opioid crisis, and she and her team are now comparing data gathered just prior to the law’s implementation with data from earlier this year. Andrews recently co-authored an article in The New England Journal of Medicine detailing just how disastrous repealing the ACA could be for the opioid crisis.

The ACA is also integral to instituting routine screenings for opioid abuse in various health care settings. The Screening, Brief Intervention, and Referral to Treatment program, which aims for early intervention and subsequent behavioral change, is currently a billable service under the law, and Melissa Reitmeier believes that repealing it could have long-term consequences. She and her co-principal investigator Aidyn Iachini, both CoSW faculty, are working on Health Occupations Providing Excellence in SBIRT (HOPES) which will implement a SBIRT training program for graduate students in the fields of nursing, social work, and medicine in order to give them the skills to assist patients at risk for a substance use disorder. Their purpose is “to better prepare our workforce of helpers; because what’s the point of just training the students if they don’t have the coaching out there?”

The five-module program is experiential in nature. Participants are introduced to the basics of alcohol and drug use and then engage in role-play and simulation exercises. “Most people are shocked that low risk drinking equates to no more than two glasses of alcohol a day,” reflects Reitmeier, "or that the size of a “glass” is actually quite smaller than one imagines or consumes.”

After being given a foundation in the subject, students learn how to use motivational interviewing and engage in a simulation exercise to ensure they know how to perform a proper screening. “The purpose is to start screening those people who might fall through the cracks,” says Reitmeier. “Most people do not know that high-risk drinking (which is not dependency) frequently leads to social, legal, medical, domestic, job and financial problems. Alcohol may cut your lifespan and lead to accidental injury or death. This can happen even in the absence of physiological signs.” Reitmeier believes that “asking about substance use is something practitioners should do at every intake process at every health care facility,” and HOPE in SBIRT (HOPES) aims to make it a routine practice for future nurses, doctors, and social workers.

There are more prescriptions for opioids each year than there are people in this state, and that puts us in the top ten of states with the number of prescriptions written per person.

The issue of overprescribing

While routine screenings can catch an opioid dependency issue, its problem starts with overprescribing, which is an increasing problem in South Carolina, according to both Reitmeier and Andrews. “There are more prescriptions for opioids each year than there are people in this state,” explains Andrews, “and that puts us in the top ten of states with the number of prescriptions written per person. We still have a problem in terms of the distribution of legal opioids in this state.”

South Carolinians also face difficulty accessing adequate treatment for drug abuse. Andrews notes that medication-assisted treatment is hard to find here compared to other parts of the country. Even where a program does exist, “the problem is that a lot of these programs don’t take Medicaid, so a lot of low income folks are trapped and kind of locked out of these kind of treatment programs even if there is one available to them.”

Andrews also finds that there are often wait lists for free or subsidized care. While The 21st Century Cures Act, passed last November with bipartisan support, allocated $1 billion in federal funds for opioid abuse, the $7 million of it received by South Carolina is an important but insufficient investment.

Regarding her current research, Andrews says: “I think we really have been able to make a contribution in terms of showing these decisions about what insurance decides to cover affect not only whether folks can pay for treatment but whether providers even bother to offer those treatments.” By uncovering barriers to treatment and by promoting routine screenings, CoSW faculty are doing their part to solve the opioid crisis. 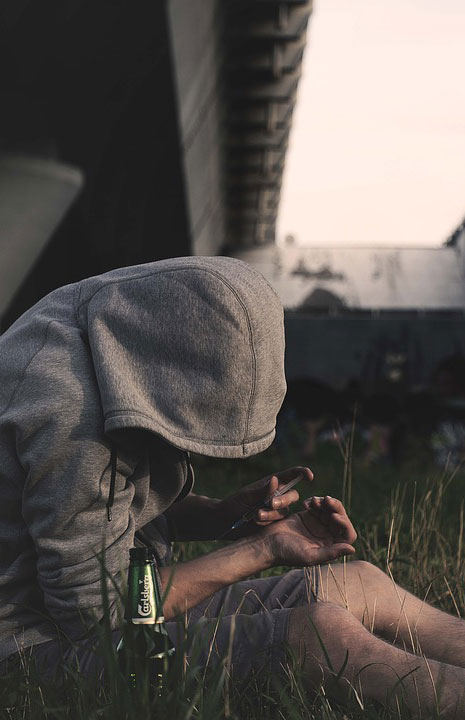 South Carolinians often face difficulty accessing adequate treatment for drug abuse, since medication-assisted treatment hard to find here compared to other parts of the country. Even where a program does exist some programs don’t take Medicaid, making it even more difficult for low income citizens.

SBIRTThe Screening, Brief Intervention, and Referral to Treatment program, which aims for early intervention and subsequent behavioral change, is currently a billable service under the law, and Dr. Melissa Reitmeier believes that repealing it could have long-term consequences.