Standing Up for Human Rights

According to a 2016 report from the U.S. State Department’s Bureau of Democracy, Human Rights, and Labor, there were only 610 convictions out of 11,399 reports of sexual or physical assault against women in Guatemala from January to August 2016. The same report also revealed more than 5,000 cases of sexual violence against minors and youth up to 19 years old. In a country the size of Tennessee with approximately 16 million people, living conditions in Guatemala continue to drive women and families to seek a better life in the United States. A College of Social Work alumna is helping to ensure families stay together and women are not sent back to Guatemala.

“Women in Guatemala and throughout much of Central America live in fear of their lives,” said Karen Rotabi, Professor and Chair of the Department of Social Work at California State University, Monterey Bay. “Circumstances of poverty continue to drive horrific life experiences, which is why people are coming to the United States.”

After graduating from the University of South Carolina with her bachelor’s degree, Rotabi joined the Peace Corps and served in Belize for two years. She returned to UofSC to earn her Master of Social Work (1994) and Master of Public Health (1995) before eventually returning to Central America as a Peace Corps employee in 2000. Rotabi’s first-hand experiences in Guatemala and throughout Central America as a volunteer and employee inspired her current advocacy efforts.

“I was in Guatemala to train Peace Corps volunteers beginning their service,” said Rotabi. “While working in some very rural areas on a health project for children in primary schools, it became clear that there were a number of very complicated factors related to the migrant stream north. I eventually partnered with other people concerned about the problems of violence against women and the grounds for women seeking asylum.”

The lack of police response in Guatemala has created an environment of impunity, where women are harmed without any law enforcement response. Police also ignore domestic violence cases and rarely respond to situations. Consequently, rape and other forms of violence against women are under-investigated and forensic sciences are inadequate.

In June, the U.S. Justice Department announced a decision to restrict asylum in the United States based on violence against women. This reversed a 2009 decision in the case of a Guatemalan woman, Rody Alvarado, who was granted asylum in the U.S. after enduring years of violence sexual abuse perpetrated by her husband.

“We’re now in a very grave circumstance where women cannot seek refuge as codified by the universal declaration of human rights; the right to seek safety in a second country,” said Rotabi. “Alvarado’s case was groundbreaking at the time for giving women the opportunity to seek asylum based on either familial or societal violence.”

When I received my MSW in 1994, international social work was barely a part of classroom conversations. But now it’s very timely, and I’m excited for future development.

Rotabi is also troubled with how immigrants seeking asylum in the United States are charged with a misdemeanor upon crossing the border, which contributed to the separation of children. While President Donald Trump signed an executive order in June to end the family separation policy at the border, Rotabi says people seeking asylum are still treated as criminals.

“Seeking asylum to a safer country in order to survive is an internationally-recognized right and codified in the universal declaration of human rights dating back to 1948,” said Rotabi. “But today people are charged with a misdemeanor upon arrival, even if they have credible grounds for asylum.”

According to Rotabi, countries in Central America’s Northern Triangle (El Salvador, Guatemala and Honduras) barely function on any kind of judiciary level and democratic justice structures allowing people to feel safe do not exist. But she has helped prevent individuals from being forced to return to their country of origin. For more than a decade, Rotabi has testified in federal court on asylum cases for people facing deportation. Defendants ask asylum and the right to seek safety or face deportation if they lose their case.

“At some point it became appropriate for me to testify on Guatemala’s conditions since I lived and worked there in different capacities, completed research and published multiple journal articles,” said Rotabi. “The courts look for people with a track record of publishing to establish their ‘expertise,’ and I have a record of writing articles on Guatemala-related issues, specifically in child protection and family issues. My MSW, MPH and doctorate in social work come together to make me a credible witness.”

Rotabi has won most of the cases where she has testified. While most circumstances involve violence against women and other societal violence cases, she said one category relevant to social work are when people with serious and persistent mental health problems face deportation.

“I don’t know of anyone else testifying in this area,” said Rotabi. “People seek safety on the grounds that the mental health system in Guatemala is not only inadequate, but the primary mental health institution in the country is considered inhumane and one of the most dangerous hospitals in the world.”

In addition to her work with Guatemalan women seeking asylum and keeping families together, Rotabi is also passionate about building families. Last year, she co-authored, From Intercountry Adoption to Global Surrogacy: A Human Rights History and New Fertility Frontiers (Routledge, 2017).

“The book is the culmination of more than a decade of research on intercountry adoption, which is an area I established as the core of my research agenda early in my academia career,” said Rotabi. “We wanted to do something different, since there’s a huge market for adoption books. The question was, ‘How could we write something on adoption, plus the next stages of building family through alternative means with global surrogacy arrangements?’ In the end, we put together a book that captured the many dimensions of the marketplace for building families with alternative methods. The book is the first in the marketplace about both adoption and surrogacy and includes detailed chapters, such as Guatemala as a standalone country.”

Rotabi has made progress in helping immigrants remain in the United States. Her busy schedule for the future includes work with human rights and child welfare issues, and social work development globally.

“Right now, I’m working closely on the forced separation of children at the border, many of whom are from Central America,” said Rotabi. “I’m also active in the international development sector around social services workforce and training social workers in other countries. I’ve been part of developing social work education and currently consulting on developing a program in Somalia. When I received my MSW in 1994, international social work was barely a part of classroom conversations. But now it’s very timely, and I’m excited for future development.” 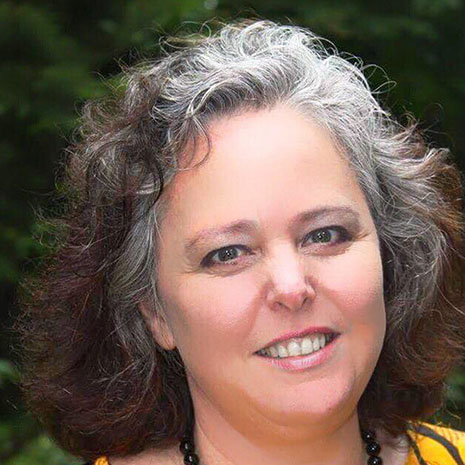 Professor Karen Rotabi's research interests include, child protection from a child rights perspective, global social work practice with an emphasis on ethics and human rights, and family and societal violence.