Pulitzer Prize-winning author Carl Sandburg once said, “Nearly all the best things that came to me in life have been unexpected, unplanned by me.” Bachelor of Social Work alumna Breanna Neely never planned for a social work career when she began her studies at the University of South Carolina. But her decision to study social work has become a fulfilling career.

“I honestly just wanted to graduate, so I went through the list of majors and picked social work because it sounded like something I could do,” Neely said. “I was not one of those students who dreamed of becoming a social worker or always wanted to help people. But now, I absolutely love my job.”

Neely began her field education during her junior year in January 2016 at The Arc of South Carolina, an organization in Cayce, South Carolina that promotes and protects the human rights of people with intellectual and developmental disabilities, and actively supports their full inclusion and participation in the community. After interning at The Arc for three semesters, she was immediately hired as a case manager upon graduating in May 2017. Neely was promoted to project director nine months later.

“I was impressed with the amount of hands-on experience I gained as an intern,” Neely said. “Creating and implementing projects made me feel as if I was an employee. I also gained one-on-one client contact experience, which I valued the most from my experience. After my first field placement interview, I walked out thinking, 'This is a place where I want to work.'”

Neely writes and implements grants and secures funding in her current position. One of her recent accomplishments was implementing an everyday living grant, which teaches individuals with intellectual disabilities to develop independent living skills. Last month, she participated in Disability Advocacy Day at the South Carolina State House and spoke with legislators regarding the importance of Medicaid and the services offered to The Arc clients. According to Neely, she enjoys her job because of the combination of time at her desk and client interaction.

“I enjoy working with my colleagues, clients and other professionals,” Neely said. “The advocacy part of my job is really enjoyable because it’s needed and important. People often do not have a voice for themselves, so they need advocates.”

But Neely also admits the most difficult part of her job is being unable to reach everyone.

“There are so many barriers to receiving services, such as transportation, income or Medicaid,” Neely said. “It would be an easy fix if there was only one barrier, but there are multiple reasons why someone cannot receive services. Navigating through the barriers is difficult because what works for one person does not work for everyone, and sometimes you must start over. Even with the difficulties, it's very rewarding in the end.”

According to Neely, she continues to use the skills she learned from the College of Social Work’s classes, teachers and field education in her current position.

“My advice to current students would be to get as much experience you can,” Neely says. “Learning about disabilities can help, especially autism. Whether the people I work with have autism, down syndrome or cerebral palsy, treating someone as a person is a core social work principle and value.”

Neely was fortunate to be hired immediately after earning her BSW. But she plans to continue her studies and earn her Master of Social Work degree to expand her education and experience.

“Earning an MSW and getting licensed will open up opportunities to reach and help more people,” Neely said. “I want to experience working in a hospital or working in a different setting with the same population I help now.” 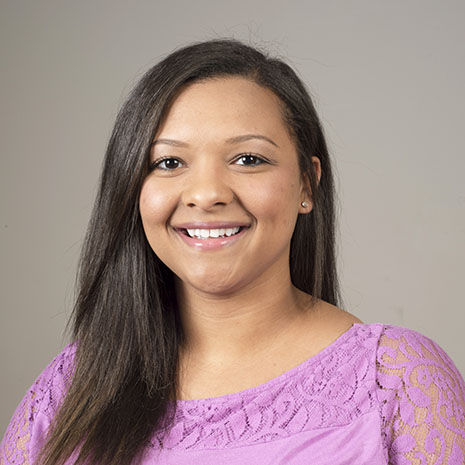 The Rock Hill, S.C. native is planning the Wings for All event next month at the Greenville-Spartanburg International Airport. Hosted by The Arc of South Carolina, the event helps children with intellectual disabilities and their families help acclimate to an airport.