Insider tips from a collecting pro

Anne Hardin’s close friendship with author Ray Bradbury began in 1982 when she was editor of the International Trumpet Guild Journal.

She wrote to the L.A. Times seeking permission to reprint Bradbury’s poem about Louis Armstrong, “Satchmo Saved.” The newspaper forwarded her request to Bradbury, who responded directly to her. They continued to correspond for the next 13 years.

The Anne Farr Hardin — Ray Bradbury Collection, which she recently gifted to the Irvin Department of Rare Books and Special Collections at UofSC Libraries, grew over the decades. The collection includes rare and one-of-a-kind books, artwork, photographs, fanzines and pulps.

“I had to learn how to collect the hard way,” Hardin says, “but anybody can collect. These are things that I learned along the way.”

Collect what you love.

Don't start collecting something because you think you're going to sell it later, because you might be the only person who loves it.

I didn't even realize I was collecting Bradbury initially because we were friends. Ray gave me books, Ray sent me letters. I just kept everything because I loved Bradbury, and I wasn't about to throw away anything, even an envelope addressed to me.

Educate yourself about what’s out there. Make a list of what you’d like and memorize it because when you come across something, you need to be able to recognize it.

Check eBay, Books.com and Biblio.com to get an idea of what exists. There are lots of private sellers, so do your research.

There were many things about Ray Bradbury's writings that I didn't know, so I took William Nolan's book, The Ray Bradbury Companion, and I just wrote all in it. I checked off what I had, and I made a list of what I would like to have.

At first, I didn't have anything other than personal items in my collection, so I was interested in anything that came up for sale. Then I became pickier. And years later, by the time I sent the collection to the Libraries, I think there were just five items left on my list. I found everything I ever wanted, and I found lots of things nobody knew about.

Get creative in your searches.

You have to be creative in how you search for things online because a lot of people don't know what's special about what they have. Let’s say you’re looking for a magazine article by a certain author. You want to know not just when the article was published, but also what the cover looks like, because the seller might not include any information about the contents of the magazine, and just feature the cover in the listing.

Frequently, people will advertise a magazine for sale and put the wrong month or year in the listing. But if you’ve got your list and you know what the cover looks like, you’ll stand a much better chance of finding it.

Sometimes it pays to intentionally misspell a search term. In the case of Ray’s book Fahrenheit 451, the word “Fahrenheit” is frequently misspelled. You can search for “farenheit” or “fahrenhite” and always find copies of the book that you wouldn’t have found if you spelled it correctly.

Get to know the players.

Get to know who your competitor collectors are and be prepared to be outbid.

Let’s say you're bidding on something on eBay, and you really want it. If it’s rare, one of those competitor collectors might have a very high bid in, and it doesn't matter what you bid, you're going to be outbid. So be prepared. But if you want it, bid on it, because you might never see it again.

One time, I lost a bid for something I really wanted on eBay and I had a hefty bid in on it. The vendor contacted me and said he had two and was thinking of putting a second one up for sale. But he said if I could match the price of the first one, he’d sell it to me. This person is now an acquaintance of mine, and if he finds something he thinks I’d be interested in, he lets me know about it.

Look for genre sellers, for example, people who deal in science fiction. And learn who your author’s friends are — or were. They may be selling their memorabilia.

Condition is everything, sometimes.

If there are a number of items available out there, look for the best one.

I was one of those kids who, when I had a dollar and would go to the bookstore, I’d go all the way down to about the next-to-the-bottom book in the stack because I knew no one had touched it. The spine wouldn’t even have a crease in it. I would carefully slide that one out and buy it because it would be in perfect condition.

You also have to have a pretty good idea of what the top condition item is actually worth. Sometimes you can make a low offer and get it anyway. But sometimes, let's say you've been looking for something for years, and then one comes up. In that case condition doesn't matter because you might not ever see another one in your lifetime.

Know what something is worth to you.

When Ray wrote The Martian Chronicles, it first appeared as a paperback. And it had an introduction that a junior editor at Bantam wrote that said Ray had stated he didn’t care for science, which Ray never said. When he got his first copy of The Martian Chronicles, Ray hit the ceiling. So, he made Bantam do a second printing. They only printed 100 or so copies to appease him. I was told I’d never find a copy of that book.

I was going though Abebooks.com and a book collector had that book listed and described it as a second edition, which typically isn’t nearly as valuable as a first edition, except this case was very different. This guy actually did have a real copy of that second printing. And he sold it to me for $7.50. I would have probably paid $1,750 for it.

I was never really looking for that book because I was told I’d never find it, but it was on my list, so I knew to keep an eye out for it. 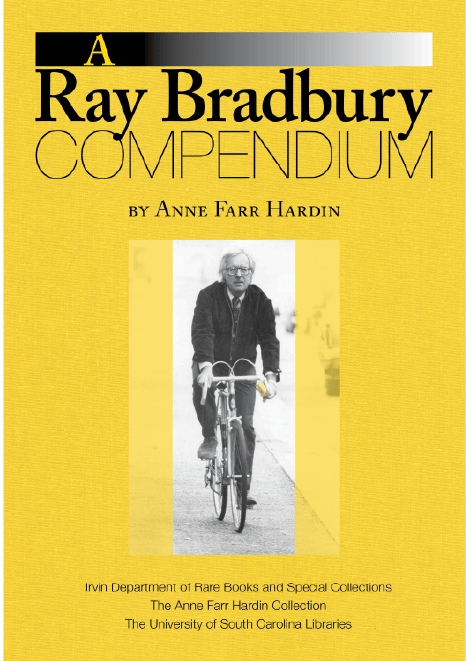 Hardin has published a richly illustrated, annotated collection of Bradbury's works that emphasizes his early critical reception in fanzines, pulps and magazines, many of which are rare and difficult to obtain. The Compendium includes selected personal correspondence and photographs from Hardin's 30-year friendship with Bradbury. Please contact anne.f.hardin@gmail.com if you’re interested in purchasing a volume for yourself or the Bradbury fan in your life. 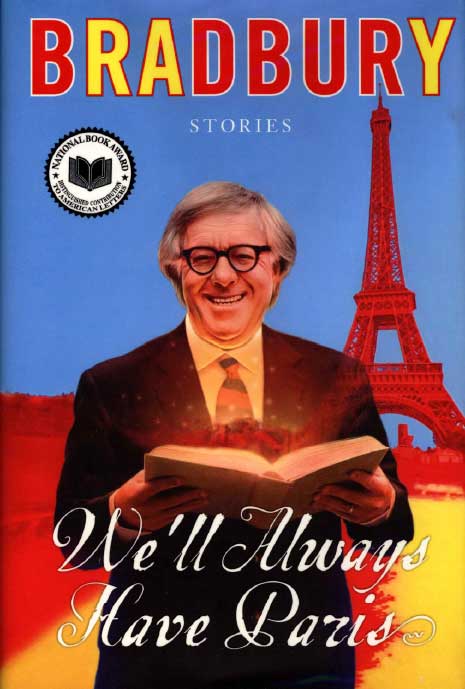 To schedule a tour of Bradbury 101 for yourself, your friends or your organization, contact Michael Weisenburg, Reference & Instruction Librarian at Irvin Department of Rare Books & Special Collections, at 803-777-2721 or weisenbu@mailbox.sc.edu. The exhibit will be open through February 2022. 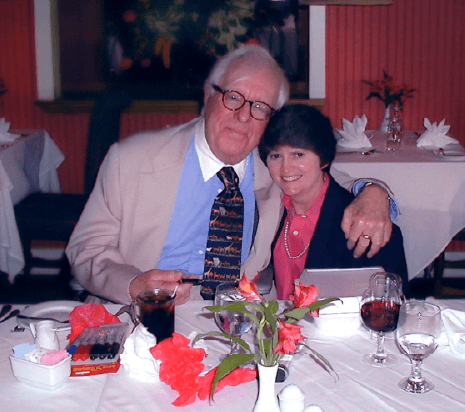 Anne Farr Hardin, a friend and a collector

Learn about Anne Hardin’s adventures with Ray Bradbury through the years.