But when he began work on the UofSC Digital Piranesi project, he switched majors from pre-med to computer science. He realized his dream career was in creative technology.

When he first started the student work position, his job was pretty straightforward. He, along with other students, would upload Italian transcriptions of image captions to the Digital Piranesi website, which now consists of hundreds of high-resolution scans of etchings by 18th-century Italian archaeologist, architect and artist Giovanni Battista Piranesi (1720-1778).

Piranesi's Opere, a 29-volume set of etchings published in the 1830s from the original copper plates, contains his complete works. The UofSC Libraries Irvin Department of Rare Books and Special Collections  is one a handful of institutions to hold a complete set.

“This isn’t just a set of illustrations. It’s an interface,” says Jeanne Britton, curator at the Irvin Department and Digital Piranesi project manager.

“It’s a complex and creative way of exploring the ancient past by representing physical space on the printed page.”

Everything changed for Sivakumar when Britton asked if he could make videos for the website.

“In a few months' time, I went from not knowing anything about motion graphics to making them almost full-time,” says Sivakumar.

In those months, Sivakumar taught himself to create, edit and animate video by watching YouTube tutorials, taking a class and lots of trial and error. “I didn’t know anything about digital media. Now, the whole trajectory of my life has changed.”

Jason Porter, instructor in the UofSC School of Journalism and Mass Communications, worked with Sivakumar on the Digital Piranesi project through a partnership between UofSC Libraries and UofSC’s Center for Digital Humanities.

"After working with Aniruth at the CDH, I encouraged him to take a motion graphics course I teach in the journalism school. In that course he was able to hone his skills to effectively create the Piranesi videos with the clarity of Piranesi’s original intent," Porter says.

"It’s been a joy to provide mentorship to a student on the cusp of finding his creative place in this world, as he is."

Piranesi is primarily known for architectural illustrations of Rome and imagined prisons. His etchings are incredibly detailed, capturing everything from the intricacies of an acanthus leaf molding to the facial expressions of people in conversation in the streets.

The Digital Piranesi project, supported by a $339,000 National Endowment for the Humanities grant and more than $161,000 in UofSC ASPIRE and Delmas Foundation grant funding, is putting the entire collection online.

“I make videos that explain Piranesi's etchings. I break the scanned etchings apart into pieces and then show how those individual pieces could move together,” Sivakumar says. “His etchings have movement, and I animate it.”

“The Piranesi collection opened my eyes to the world of possibilities in the creative tech industry,” says Sivakumar. “This project has put me where I need to be.” 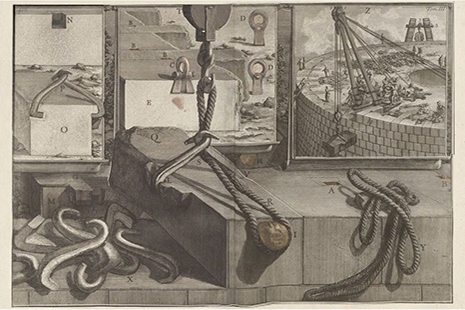 Animating the works of Giovanni Piranesi

Working with Daniel Neath, another student on the project, Sivakumar has created many animations for the Digital Piranesi. 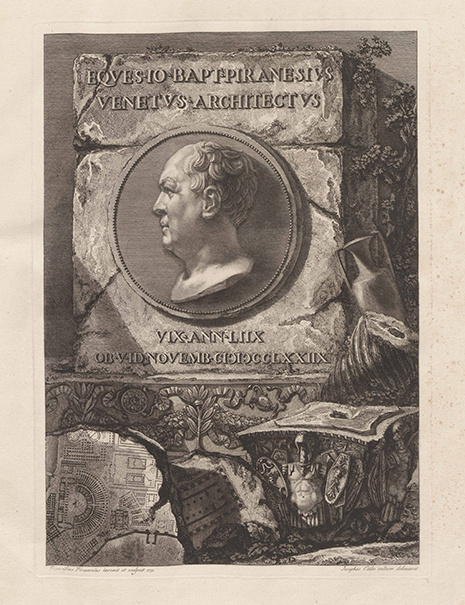 Tour the Piranesi exhibit in person

The works of Giovanni Battista Piranesi are on public display at the University of South Carolina Ernest F. Hollings Special Collections Library through October 2021.

Email digitalpiranesi@gmail.com to schedule a tour of the exhibit. 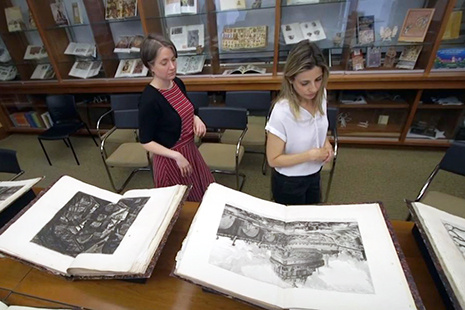 Learn all about the Digital Piranesi project.