Take a trip through 60+ years of presidential campaigning, conventions

Would a free pack of cigarettes sway your opinion?

How about a box of macaroni and cheese? Or a stress ball?

Throughout history, political aspirants have printed their names, faces and mottos on some pretty wacky swag — including cigarettes — in hopes of being recognized, remembered and ultimately, elected.

South Carolina Political Collections’ exhibit In the Arena: Presidential Campaigns and Conventions showcases dozens of such items — the funny, weird, odd and sometimes downright questionable — produced throughout the decades.

“The exhibit is a chronological look at campaigning and conventions, from the 1948 Dewey-Truman race through Obama and Romney in 2012, so it covers almost 65 years,” says Ann Abney, Special Projects Archivist at SCPC.

In addition to election swag, In the Arena includes items from Republican and Democratic conventions — badges, signs, hats, programs — and incorporates video footage from past conventions.

The creativity that went into attention-getting items — like the 1964 parody album, The Goldwaters Sing Folk Songs to Bug the Liberals — make today’s campaign postcards fall flat.

“The 24/7 news cycle changed everything," says Dorothy Walker, SCPC Director. “Today we get so much information about and from candidates online — and it’s non-stop. In the Arena shows us how campaigning and political conventions have drastically changed in a relatively short time period.” 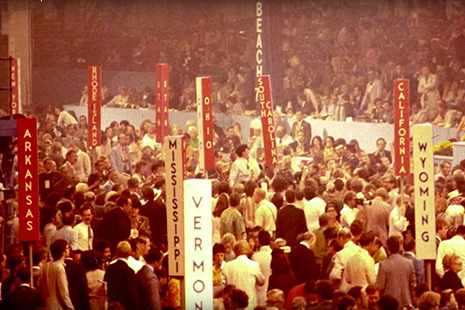 In the Arena: Presidential Campaigns and Conventions 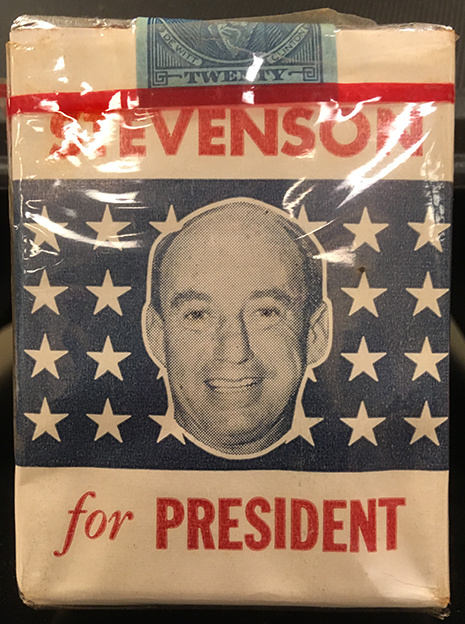 A smoke for your vote?

In the Arena: Presidential Campaigns and Conventions

Free and open to campus and the community through summer 2020