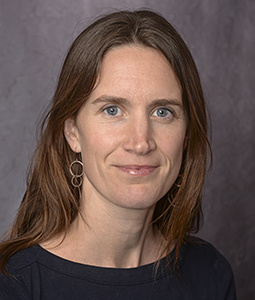 Dr. Barnes received her Ph.D. in sustainable development from Columbia University in 2010 and held a postdoctoral fellowship with the Yale Climate & Energy Institute and Yale School of Forestry & Environmental Studies from 2011 to 2013. She joined the University of South Carolina in 2013 as an assistant professor in the Department of Geography with a joint appointment in the School of Earth, Ocean and Environment.

Dr. Barnes's research examines the culture and politics of resource use and environmental change in the Middle East. Her first book, Cultivating the Nile: The Everyday Politics of Water in Egypt (Duke University Press, 2014) is an ethnographic study of water and the politics surrounding its use. In subsequent work, she has explored the intersections of climate change, water, and agriculture, focusing in particular on how scientific understandings of climate change and its impact on the water resources of the Nile Basin are produced, interpreted, and negotiated in different knowledge communities. Related to this research interest, Dr. Barnes has co-edited a collection of anthropological essays on climate change with Michael Dove, entitled Climate Cultures: Anthropological Perspectives on Climate Change (Yale University Press, 2015). Dr. Barnes is currently working on a book titled, Secure States: Wheat, Bread, and the Politics of Sufficiency in Egypt, which examines the longstanding and widespread identification of food security in Egypt with self-sufficiency in wheat and bread. Drawing on ethnographic and archival work, the book approaches food security as a matter not just of national agricultural policy and the international grain trade, but culturally-embedded practices through which wheat is produced and bread is baked and consumed. Work on this book has been supported by an ACLS Fellowship from the American Council of Learned Societies and Howard Fellowship from the George A. and Eliza Gardner Howard Foundation.

Barnes, J. 2016. Separating the Wheat from the Chaff: The Social Worlds of Wheat. Environment and Society: Advances in Research, 7: 89-106.