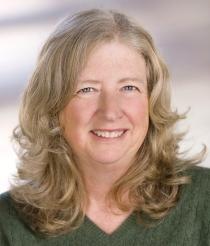 We focus on evolutionary, functional and behavioral ecology, with applications to conservation and environmental issues. The major question is how environmental change and variation affect life history traits, population structure and dynamics, and species interactions over ecological and evolutionary time. Environments vary on multiple spatial and temporal scales. Additionally, both the abiotic and biotic components of the environment may vary, for example in cases of species' invasions.

We use Lepidoptera as a test system to examine these questions.  Currently, I and my students are pursuing projects within three broad areas:

1. The physiological, ecological and evolutionary dynamics of resource allocation.
Allocation of resources is the crucial step connecting foraging and life history traits such as reproduction, survival, storage and growth. As an additional complication in Lepidoptera, females use male nuptial gifts (spermatophores) for maintenance and egg production, linking the allocation budgets of the two sexes. Changes in resource allocation in response to environmental variation thus affect the expression and evolution of life history strategies and mating systems. These in turn determine population dynamics and limits to a species’ range through effects on individual fitness.  We are currently examining responses to adult and larval nutrient stress, and flight stress, both in the lab and the field.

2. Invasion dynamics.
Our focus is on the ecological and evolutionary response of native species to introduced species. Non-native species invading a local community can intrude into coevolved interactions among native species, sometimes disrupting those relationships. We are using the native butterfly/ non-native host system of Pieris macdunnoughii / Thlaspi arvense to explore the ecological and evolutionary impacts of such events. Female P. macdunnoughii recognize T. arvense as a potential larval host and oviposit on it; however, resulting early instar larvae cannot develop on the plant, as the plant is apparently distasteful. Both European and North American T. arvense are readily eaten by European P. napi. Oviposition preference is affected by both environmental and sex-linked genetic factors. No detectable genetic variation for larval survival is present, although hybridization studies with European P. napi indicate that the trait is under autosomal genetic control.  We are currently testing hypotheses concerning constraints on escape by the butterfly from this evolutionary trap.

3. Ecology, evolution and genomics of small populations.
We are using an introduced butterfly population of Euphydryas gillettii in Colorado to address various questions in ecology and evolution. The population stayed at low numbers for over twenty-five generations after translocation, then underwent a population explosion followed by fluctuation in population size by orders of magnitude from year to year. Additionally, the population has been completely isolated since its introduction, constituting a "Drosophilabottle population genetics experiment" in the wild. We recently discovered a discrete second population.  We are currently working to understand the drivers of the population dynamics, but have genetic samples available to address a variety of questions concerning evolution and natural selection in the wild.