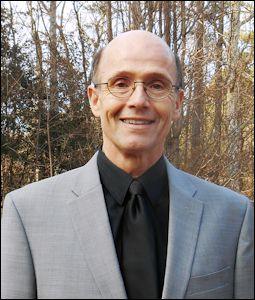 The Transformation of Public Reason: From Principles to Social Imaginaries offers a new problematic for public reasoning that gets us beyond the opposition between constructivist idealism (Rawls and Habermas) and political realism. Social imaginaries are the historical and normatively inflected ontologies that make the world and subjectivity possible. These deep structures are the starting points for public reasoning and they require us to work with a variety of discursive forms rather than focusing on the deduction of a principle. The second project, Pathways to the Present: Critical Theory Since Kant, takes important thinkers in literary theory, philosophy, history, and sociology and connects them synchronically and diachronically. My goal is to show different "pathways" change the way we understand contemporary debates.

"Hiding from History is an excellent book on a very important issue. It concerns the nature of practical reason, how we deliberate about good and bad, right and wrong. Of course, we deliberate as individuals too, but the issue here is how we deliberate in common. Meili Steele addresses the nature of public reason, highlighting the way that literature can contribute to rational debate, sometimes in ways that philosophical argument cannot match."
—Charles Taylor, Professor Emeritus of Philosophy, McGill University

"Meili Steele has written a great book, tightly argued, but expansive in scope. He shows how contemporary political thought and action have been handcuffed by the persistent attempt to transcend historical and cultural specificity. His compelling alternative of 'public imagination' avoids multiculturalism's identity fetishism by understanding culture as a process through selves can reflect upon, reason about, and revise their lives with others."
—John McGowan, UNC-Chapel Hill, author of Democracy's Children

"This book offers a substantial contribution to the debate on the relationship between ethics, politics and literature."
—Anthony Cascardi, Univ of California-Berkeley

"This is a serious and thought-provoking work of extraordinary range in philosophical, critical and cultural terms."
—Nicola Bradbury, Universixty of Reading, Modern Language Review

"With admirable attention to methodological detail, Steele reviews a formidable array of theorists and the contemporary political/ethical debates they have generated. Through his suggestive narrative reading he illustrates the relevance of fictional strategies to his presiding concern with agency and its dynamics."
—Richard Macksey, Johns Hopkins University, MLN

"An illuminating and cogent re-thinking of critical theory by an elegant and inclusive logic, Steele recasts tradition, the villain in so many cultural scenarios, as the heroic defender of democratic ideals."
—Carol Bernstein, Byrn Mawr College

"For anyone interested in the fundamental principles of the various theoretical positions advanced over the last half-century and their backgrounds in prior philosophical discussions, Steele offers an excellent introduction. 'Critical Confrontations' presents more than that, however. It suggests the ways in which the best characteristics of theoretical arguments that seemingly conflict with one another can be brought together and aligned...Moreover, [it] is a delight to read."
—Robert Spector, World Literature Today

Realism and the Drama of Reference Strategies of Representation in Balzac, Flaubert, and James
Pennsylvania State University Press, 1988

"A significant contribution to the way in which we read the works of three major novelists."
—Walter Putnam, Univ of New Mexico, Rocky Mountain Review of Language and Literature

Organized the conference "The Futures of Human Rights" at USC, February 2009.