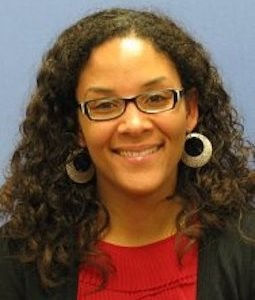 Andrea K. Henderson received her PhD in Sociology at the University of Texas Austin in 2011.  She joined the Department of Sociology at SC in 2012 as a Henri Montcrief Treadwell Research Assistant Professor.  She has been a member of the faculty since 2013.

Andrea K. Henderson’s research focuses on the influence of psychosocial resources in contemporary health and family life.  She is particularly interested in the role of religion among minoritized populations, especially Black Americans, in the face of major life events, stress and racial discrimination.  To address this line of inquiry her work uses both quantitative and qualitative approaches, and takes an interdisciplinary focus including perspectives from critical theory, social psychology, and public health.  Her work has been published in the Journal for the Scientific Study of Religion, Journal of Religion and Health, and Journal of Family Issues.

Religion and Cognitive Function among Older Adults:  Differences by race and gender

Religion and Tobacco Use and Policy:  Differences by race and SES

Historical Trauma among African Americans Living in the South

Henderson, Andrea K. 2016. The “Long Arm” of Religion: Childhood Adversity, Religion and Self-Perception. Journal for the Scientific Study of Religion 55(2): 324-348.