If you think you have never seen a homeless child, I would tell you that you don’t really know that. It’s not always living on the streets — it’s not having stable living.

After living in a homeless shelter in Tennessee, Samantha Favor’s family relocated to Columbia during her senior year of high school to live with her grandmother. Unfortunately, her grandmother, who had late stage dementia, neglected to keep up with their bills, and Samantha soon found herself homeless again.

Thankfully, Favor found her way to Palmetto Place, a shelter for children who have faced abuse, abandonment, neglect, or homelessness. Palmetto Place is led by executive director Jill Lawson, a 2010 University of South Carolina MSW graduate.

“I’ll never forget my first day there–it was such a positive, warm welcome, like a family,” Favor recalled. “I was very nervous because I had been uncomfortable living in a group home in Tennessee, but this was so different.”

With Palmetto Place providing her a home, Favor now had shelter, food, clothing, and transportation to work. “I didn’t have to worry about anything except school,” she said. “I got a part-time job and could just save.”

Working towards the goal

After graduating from Spring Valley High School, Favor worked part-time and attended Lander University, where she earned a bachelor’s of social work. In fact, Palmetto Place matched her with two local community members who sponsored her–one even took her to Wal-Mart before she moved into her dorm room and bought her everything she would need, including a microwave, bed sheets, and a trash can.

During summer and winter breaks from school, Favor was unable to remain in her dorm room and had to come home to Palmetto Place, but she actually said she enjoyed it. “I never really got to experience holidays before that,” she said. “My mom couldn’t ever have Christmas. So breaks were very fun at Palmetto Place, and everybody was always so welcoming when I would come back. It was really like a family.”

While in her undergraduate studies, Favor was able to obtain a lease and get her own apartment. She is now enrolled in the advanced standing Master of Social Work program at the University of South Carolina. “I want to work with homeless teens,” she explained.

“If you think you have never seen a homeless child, I would tell you that you don’t really know that,” she said. “Normally, the only way you find out is when they tell you they don’t have food or clothes or deodorant, or they’re unable to get showers. It’s not always living on the streets–it’s not having stable living.”

According to Favor, society buys into many untrue stereotypes about homeless families, and that can be very damaging to teens who do not have permanent living. “People think that homeless families deserve this–that they had money and chose to spend it on Christmas presents or something instead of paying their bills,” she said. “So there’s definitely a stigma. It really is something we need help educating people on. Try to imagine looking at it through your eyes, if you had to choose between paying your water and your electric bill, what would you choose?” 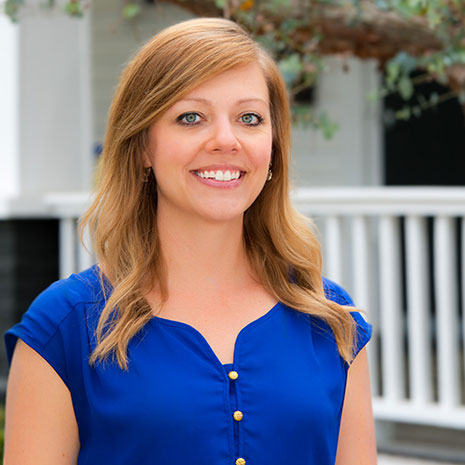 “I’ve had lots of kids go into the military, job corps, and college after high school graduation. I can’t describe how proud I am to see one of my “kids” enter the CoSW graduate school. I have no doubt that Samantha will do great things and move mountains! I am excited to now be her colleague and work together in the social work field.”