Foundation Year Master of Social Work student Heyam “Yami” Ardab is familiar with journeys. Born in the African nation of Sudan, her family immigrated to Columbia in 1996. Her undergraduate education was at two schools in South Carolina, and she later worked professionally for six years after graduating. Ardab kicked off another journey last August by beginning her Master of Social Work classes.

“I have no other family here aside from my parents and siblings,” Ardab says. “My parents won the Green Card lottery allowing us to come here before receiving our citizenship in 2004. It was a big accomplishment because my dad wanted to move us here for a better education.”

Ardab’s journey to the MSW program began in 2009 when she enrolled as a biology major at the University of South Carolina Columbia campus. She transferred to USC-Upstate in Spartanburg, South Carolina prior to her junior year, a decision that would impact her career decision. While at USC-Upstate, Ardab joined and eventually became president of the anti-genocide club STAND. She also started taking women’s and gender studies classes, which sparked her interest in social services and working with minorities. Ardab enjoyed the classes but since women’s and gender studies was only a minor at USC-Upstate, her advisor recommended she return to Carolina and major in her new-found interest.

“During undergrad, I struggled to find what I really wanted to do, but it wasn't until I transferred to USC- Upstate that I found my true passion.” Ardab says.

Ardab returned to Carolina for her senior year in the fall of 2012. She joined the service sorority Alpha Phi Omega and volunteered around campus. Ardab also volunteered at The Nurturing Center, a Columbia-based organization focused on preventing and treating child neglect and abuse. This experience made her realize how much she enjoyed working with children and convinced her that she belonged in social work.

After graduating with her degree in women’s and gender studies, she worked for the South Carolina Department of Social Services for four-and-a-half years. She then moved to Augusta, Georgia and worked as a foster care manager for the Georgia Division of Family and Children Services. While in Augusta, she decided to return to Columbia and begin her MSW studies.

“While I was still at DSS, I was encouraged to study for my master's degree, and it was suggested by my supervisor how Carolina had a great and valued social work program,” Ardab says. “I knew that the professors were amazing because of my positive undergrad experiences.”

Ardab began the MSW program last fall, six years after earning her undergraduate degree. While she also works part-time and is a graduate assistant at the college’s Center for Child and Family Services, Ardab knows that earning her MSW will be worthwhile for her professional endeavors.

“The program is intense but with time management, organization and self-care, it is achievable,” Ardab says.

Ardab is different from most MSW students, who often begin the program immediately after their undergraduate studies. But she never doubted herself for not coming back sooner.

“In undergrad, it was more about, ‘What do I want to do with my life.’ As a master’s student, it’s become ‘How do I want to use this degree,’” said Ardab. “It's also now about finding the specialized area of social work. I know I want to work with non-profit organizations, and I’m happy that past experiences have helped show me my passions.”

Ardab’s foundation year field placement is at the Midlands Fatherhood Coalition. The organization engages fathers in the positive support of their children, while enhancing support for fatherhood throughout the South Carolina Midlands region.

Ardab previously worked in social services and the foster care system, two areas that some believe are social workers only job opportunities. But social workers are everywhere, such as non-profits, schools, hospitals, libraries and even professional sports. According to Ardab, one way to fight misconceptions is for social workers to talk more about their work.

“We are a very needed work population. One way to eliminate the stigma is for social workers to openly discuss the positives of being social workers and teach others about their positions,” Ardab says. “We touch people's lives in more ways than can be imagined. When I was leaving my foster care manager position, I was told by clients that I would be missed because I made them open up in other ways that others had not. It’s important for social workers to build rapport with clients, volunteer in the community, and shed more light on the positives of their work.” 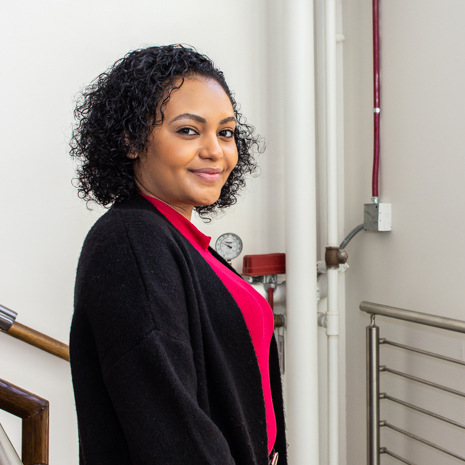 “The (MSW) program is intense but with time management, organization and self-care, it is achievable."