BSW Student-Athlete Joins Teammates in Speaking Out Against Racial Injustices

On August 26, the National Basketball Association’s Milwaukee Bucks chose not to take the court for their playoff game in solidarity to shed light on the police shooting of Jacob Blake in Kenosha, Wisconsin. Collegiate student-athletes have also spoken out against racial injustices, and one Bachelor of Social Work student recently joined her teammates in an on-campus demonstration.

Junior Samantha Chang, a native of Mississauga, Ontario, Canada, is a midfielder for the Gamecocks women’s soccer team. Chang and her teammates joined the football squad for an on-campus demonstration for social justice in front of the Russell House on Monday, August 31.

“For us as a team, it was important to be there and stand with the football team and stand against what is happening in America right now,” Chang says. “We wanted to support student-athletes and stand in solidarity with those who have dealt with past injustices and make a point that what they have endured is not right and things must change.”

“It was sad to hear their stories and know that every day in their lives they are constantly thinking about how racial injustices affects their life,” Chang says. “One football player talked about how he always looks over his shoulder because he never knows who he will come across that day. It’s disheartening that some people feel that way and something they have to live with because there is no other option.”

Each football player wore t-shirts displaying the phase, “’matter’ is the minimum”, which was on a sign held up by quarterback Jay Ulrich during a Black Lives Matter protest in June. The statement will be on a patch on the women’s soccer jerseys this upcoming season, which begins on Sunday, September 20.

“It goes with the concept of being anti-racist and more than just not being racist,” Chang says. “You need to face racism head on in everyday life whenever you see it or hear it because it has been a persistent and systematic problem. At this point, people need to actively fight against it and not just think that by not being racist they are doing enough.”

As fall sport student-athletes prepare to begin their abbreviated seasons due to COVID-19, Chang believes all athletes, whether collegiate or professional, have a responsibility to speak out and take a stand on racial equity and injustices because of their platform and the attention they receive due to their athletic abilities.

“We have so many people looking up to our team, especially young kids,” Chang says. “I have (Instagram) followers from previous soccer camps I've run or teams that I've coached. It's important that athletes use our platform and social media to positively influence our followers and make them aware of issues. I feel that I have a social responsibility to keep my followers informed as much as possible and try to influence them in a positive direction.”

The Milwaukee Bucks walk out demonstrated their belief that some issues are more important than sports. And Chang was proud to stand with her teammates and the football team to speak out against racial injustices. But as her teammate Lauren Chang said at the demonstration, “We can’t treat this as a moment. It needs to be a movement.”

“We need to carry on the energy because a persistent effort will cause change,” Chang says. “It can't just be moments of being infuriated; it needs to be consistent and persistent to see change on a larger scale. We need to continue to be passionate about ending racial injustices.” 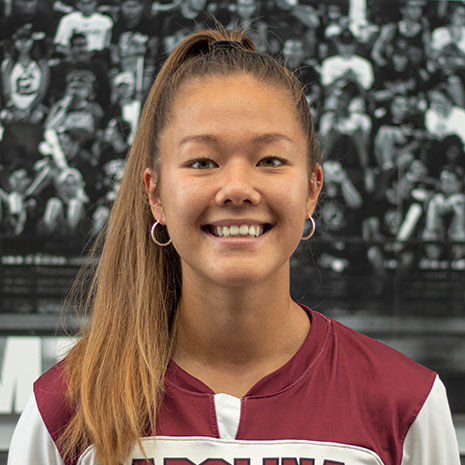 “We need to carry on the energy because a persistent effort will cause change.”