Honoring the Legacy of a Pioneer in Art Education and Therapy

Alumna Faison Covington, LCSW, was working in public welfare in Charlotte, North Carolina in the late 1980s when she decided to attend graduate school and pursue a career in mental health. At that time, there were no schools near Charlotte within the state that offered a Master of Social Work program. But not having to pay out-of-state tuition made the University of South Carolina College of Social Work an attractive option. Covington began her studies at South Carolina in 1989 as some of her classmates and her made the 90-minute, one-way trip from Charlotte to Columbia.

“I learned social work values and ethics and the basics of the core curriculum in graduate school,” Covington says. “I’m glad I attended South Carolina because it was the right choice for me.”

Covington earned her MSW degree in 1991 and now operates her own private practice in Charlotte that specializes in child and adult anxiety. This past February, Covington established a $25,000 scholarship in memory of her aunt, Ruth Faison Shaw. Even though she was not a social worker, Shaw had a unique life as a pioneer in her field and eventually utilized her passion to help those in need.

Shaw was an artist and educator who is credited with introducing finger painting to the United States as an art education medium. A native of Kernersville, North Carolina, she joined the Young Women’s Christian Association when World War I began in 1914. She served as a canteen worker in France while drawing and painting in her free time. Remaining in Europe after the war ended, she established the Shaw School in Rome in 1923. It was an experimental school for British and American children, aged 5 to 12. Shaw’s teaching philosophy was based on how children learn from playful sensory experiences with simple materials and playing games they invented.

She made a big impression on all of her nieces and nephews, and we were all inspired by her.

She began experimenting with finger painting in 1929 to visually foster children’s expressions and experiences. According to a 2005 article in Art Education, “Rediscovering Ruth Faison Shaw and her Finger Painting Method,” Shaw claimed that her inspiration for finger painting occurred when she witnessed a child smearing a bathroom wall with iodine, and realized that smearing was a primary impulse of fun and learning. She then developed the techniques and materials required for finger painting and in 1929 invented a gelatinous paint medium that would be safe for children.

Shaw returned to the United States a year later and worked at the progressive Dalton School in New York City, where she introduced finger painting to the curriculum. She also opened her own studio and traveled around the country conducting demonstrations based on her methods. An exhibition of finger painting was held in Manhattan in 1933, and she published, Finger Painting: A Perfect Medium for Self-Expression a year later. In 1936, Shaw contracted with Binney and Smith (now Crayola) to manufacture her paint.

Shaw’s connection to social work and mental health began in 1940 when she started using finger-painting for expression and self-exploration for psychiatric patients at the Menninger Clinic in Kansas. She returned to North Carolina in the 1950s and taught art therapy at the University of North Carolina. Shaw continued to work with child and adult patients using finger painting as art therapy at the university’s Department of Psychiatry, where she remained until her death in 1969.

Shaw was a proponent of using finger painting in education and therapy. Her art collection at the University of North Carolina contains original artwork, including nine finger paintings and materials related to the use of art therapy for disturbed children and military veterans, among other items. Some of the letters in her collection include references to finger painting as therapy in rehabilitating World War II soldiers.

Shaw’s experiences and compassion for helping others left an enduring impact on Covington’s personal and professional life.

“She made a big impression on all of her nieces and nephews, and we were all inspired by her,” Covington says. “I was really impressed with her creativity and how she disobeyed social norms and did things that most women would not have done, such as teaching finger painting on her own show on a public television station in Chapel Hill, North Carolina. She led an amazing life who was never a victim and proud of her identity. I was glad that I could establish the scholarship. It means a lot to me that she will be remembered as an inspirational Southern woman.”

Covington also credits her aunt with inspiring her to make the most of her life.

“We had lots of family members who were overachievers, and Aunt Ruth was one of them,” Covington says. “I felt that I had to do something and used to think, ‘How am I going to live up to her legacy?’ As soon as I knew what I wanted to do, I stopped worrying and did it. I wanted to go out and make a difference.”

The College of Social Work would like to thank Faison Covington and her generosity to honor the memory and work of her aunt, Ruth Faison Shaw. 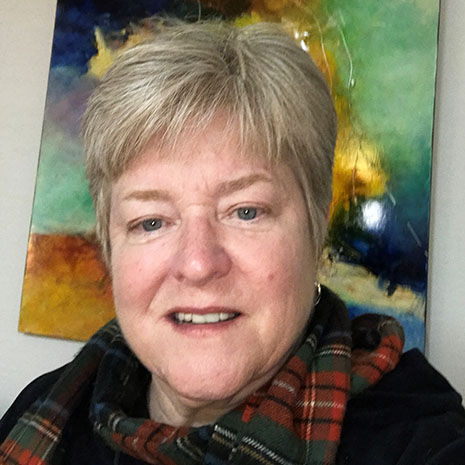 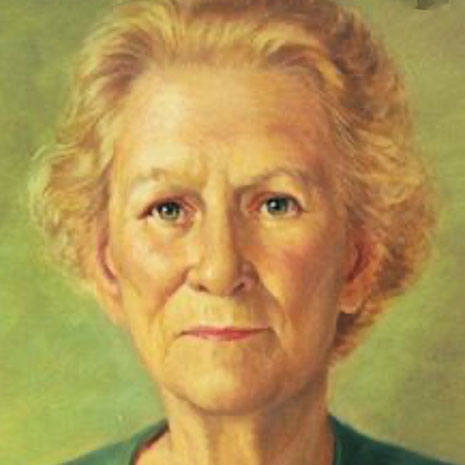