Maas’ Journey To, From and Back to the Center for Child and Family Studies

Carl Maas’ association with the College of Social Work began as a dual degree master’s social work and public health student. He later returned to the college as an assistant professor for two years. Maas has extensive nonprofit, social service, academic and corporate experience and is now ready to utilize his expertise as the director of the college’s Center for Child and Family Studies.

Founded in 1986, the center provides professional development, training and capacity building in collaboration with local, state and national partners dedicated to improving the well-being of vulnerable adults, children, families and communities. Maas’ new position has brought him full circle since working at the center as a graduate assistant the late 1990s. But his initial experience nearly ended almost immediately.

After volunteering with the Peace Corps in Costa Rica for three years, Maas moved from Brooklyn, New York to Columbia to begin a dual degree master’s program in 1998. He participated in a program sponsored by the South Carolina Department of Health and Environment Control that would pay his tuition and allow him to work as a graduate assistant at the Center for Child and Family Studies. In return, he agreed to work at DHEC for seven years after graduating.

“The day I came to the center, Lynne Taylor, who was the head of the community development group, told me that DHEC had canceled their contract with the center,” Maas says. “Another student, Wendy Campbell, who was also in the program and a Peace Corps volunteer, and I looked at each other and thought, 'You've got to be kidding me.' That was my ‘welcome to USC moment.’”

But DHEC’s decision was a blessing in disguise. Not only did Taylor offer to pay for Maas’ first semester, she also said that his entire tuition would be covered if he developed a funded project through the Center for Child and Family Studies. A month later, South Carolina faced a civil rights lawsuit for not providing language access to non-English speaking residents for state services. Maas and Campbell realized the lawsuit could be an opportunity to not only pay for their education but to also provide an important service to a vulnerable population in South Carolina.

“We started researching and looking at best practices,” Maas says. “Everyone said the best practices would be to not only have a phone-based system so people can call for interpretation services but to also have people do trainings for front-line staff.”

Maas and Campbell wrote a proposal that was sent to the Department of Social Services, who liked their idea since it was less expensive than an AT&T language line and had more features, such as documentation translation. DHEC was also interested, and the Center for Child and Family Services had a funded project to cover bilingual Spanish-speaking, returning Peace Corps volunteers’ tuitions at the University of South Carolina. The proposal eventually grew into a 14-year project known as the Hispanic Access and Bi-Lingual Assistance Project.

Maas graduated in 2001 and eventually moved to Seattle, where he obtained a doctorate in social welfare from the University of Washington. Afterwards, he returned to the College of Social Work as an assistant professor in 2010. Two years later, he moved to the African nation of Equatorial Guinea to serve as corporate social responsibility manager for Marathon Oil. Maas was responsible for managing a malaria control, health and educational infrastructure. He also facilitated the start-up and oversight of a series of malaria vaccine trials and created the first national institutional review board to meet international standards. While still working in Africa last May, he first learned about the director opening at the Center for Child and Family Studies.

“Living in an African country and having a small child was not going to work for my wife and 11-month old daughter because the healthcare system is weak and malaria and cholera outbreaks are common,” Maas says. “I've had great experience working in the private sector, corporate social responsibility, and leading various trainings and science and research-based projects. The position seemed like a great fit, and I always enjoyed the work I did at the Center.”

Maas interviewed with Cynthia Flynn, the center’s interim director and Dean Sarah Gehlert. He was hired as the new director in February and intends to continue the important work of the Center, while also increasing awareness to a wide range of stakeholders.

“Our vision at the Center is to work with a wider range of state government agencies. We currently work with DSS and Vocational Rehab, and we would like to offer meaningful services to other agencies,” Maas says. “We also work with the National Youth Survey for Foster Kids, which helps them transition into adulthood. They have a slew of services where we can do evaluation work to be more involved with foster care. We would also like to extend our work on volunteer retention with the National CASA/GAL (Court Appointed Special Advocate/Guardian Ad Litem) program.”

Maas added that he wants the Center to be proactive in providing knowledge-based research for curriculums that serve groups working with senior populations. The applied research will be used for curriculum design and training for agencies providing services in South Carolina and beyond. He also aspires for the center to take resiliency as a concept and mold it into a curriculum design that works with social work-related agencies.

“We want to work with smaller organizations, such as those that work with communities exposed to family violence, like victims’ advocates and child abuse, where their services are in high-stress environments,” Maas says. “Our curriculum would help those organizations engaging directly with clients to provide better care and through building resiliency within their staff.

Ideally, in the next few years, we will be a larger center, not necessarily with more people, but with developing high-quality projects and resources that allow us to expand on what we already do well.” 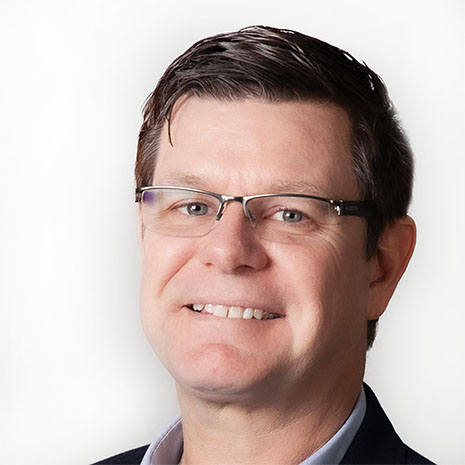 Carl Maas was previously a student, graduate assistant and professor at the College of Social Work.