Police reform is one of the most discussed topics this year, especially since the deaths of George Floyd and Breonna Taylor, and the serious injuries suffered by Jacob Blake. Motivated by protests and demonstrations across the nation, Master of Social Work student Andrea Ferree decided to utilize her social work skills and advocate for local police reform.

“I started with a few weeks of cold calls and emails and reached out to anyone I knew who could possibly help with this journey,” Ferree says. “Since that wasn’t too successful, I approached my personal network and got 10 to 15 references through them.”

Ferree spoke to her new contacts and the director of South Carolina Appleseed, a Columbia-based nonprofit that fights for low income South Carolinians to overcome social, economic and legal injustice. After speaking with director Sue Berkowitz and alum Jaci Wilkerson, BSW ’17, MSW ’19, who works as a hunger organizer, they put her in touch with Empower SC. The local nonprofit consists of community members, organizers and activists dedicated to creating a more equitable South Carolina through community organizing, partnerships and systemic policy change. Ferree and Empower SC worked together to compile a list of policy reform ideas for the Columbia Police Department.

“Working with an attorney and volunteer from Empower SC, my job was to comb through the research, especially since I have access to the UofSC library,” Ferree says. “I compiled the research without reinventing the wheel since it's been done in other cities. I looked at other models, how much money was spent and saved, and what exactly happens when someone calls 911.”

Ferree’s research led her to consider the possibilities of how social workers could be an essential part of police reform.

“According to some of the legal verbiage, if a 911 call involves abuse, a police officer must show up by law,” Ferree says. “Unless shots are fired and the situation becomes violent, there is no reason why a social worker could not help de-escalate. The officer has the bulletproof vest and gun and does not have to show up at the door, which could possibly escalate things.”

According to Ferree, approximately 60 percent of 911 calls are for non-violent and non-criminal situations. She believes police officers do not need to spend their resources responding to calls that could be handled by social workers.

“For example, social workers could respond to calls where a man with PTSD is causing a scene at a gas station or a homeless person who needs help, instead of being arrested for loitering,” Ferree says. “Figuring out how a social worker and police officer can work together for calls where a police officer must respond was another one of our goals.”

Ferree hopes her advocacy will help lead to police reform and prevent incidents of unnecessary violence from occurring in Columbia. In addition to her research, she will continue to work with Empower SC to review policies, how laws are written and determining if they need to be changed, and what legislature needs to happen. Once her research is complete, the Columbia Police Department has invited Ferree and Empower SC to create an agenda for a policy meeting. But she also encourages others to work with Empower SC to help lead changes to more than just police reform.

“Social workers have a diverse skill set and interests, and Empower SC works on more than just police reform,” Ferree says. “They are invested in Black Lives Matters and other community reforms. “Their goal is to increase community outreach, so they want to know where people want to help.”

Ferree’s advocacy work is only part of her busy schedule. She began graduate studies at the College of Social Work last year, seven years after earning her undergraduate degree, followed by working as a behavioral therapist and special education teacher. Ferree learned she was pregnant when she applied to graduate school and began the academic year last fall managing married life, a newborn son, classes and field education.

“It was a lot last year, but I knew what I was signing up for. I had not planned to have any children while in grad school but that's the way it worked out,” Ferree says. “When I learned that I was pregnant, I knew it was possible to handle everything and decided to do this for me and my family. I feel that I have it all.” 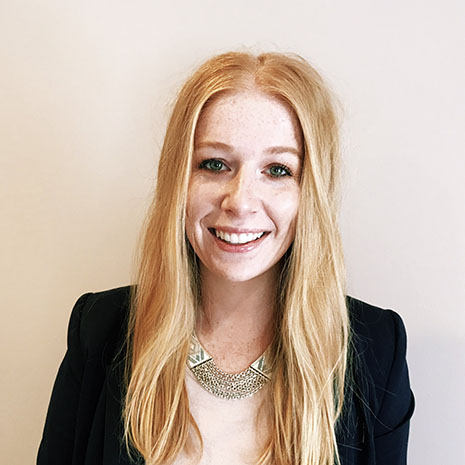