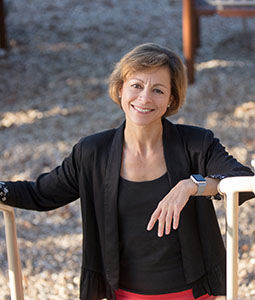 Professor Cheri Shapiro joined the faculty of the College of Social Work in 2011 as a research associate professor for the college’s Institute for Families in Society. After serving as IFS associate director from 2013 to 2016, she was named interim director in October 2016. Shapiro was previously a research professor with the University of South Carolina Department of Psychology and is currently an adjunct associate professor in Psychology. Prior to joining USC in 2002, she worked for more than two decades in community and university settings, including serving as director for consultation and evaluation services for the South Carolina Department of Juvenile Justice.

Shapiro oversees a faculty and staff at the IFS, which was created in the early 1990s as a multidisciplinary translational research unit that has conducted research with a variety of partners to reduce child abuse, strengthen and engage families and communities, and improve the health of vulnerable populations. The mission of the Institute is to use university-community interdisciplinary research and practice as a platform to advance the science of helping families and vulnerable populations.

Shapiro’s current efforts include serving as Director of the South Carolina Center of Excellence in Evidence-Based Interventions and work with the juvenile justice system to identify preventive interventions and enhance understanding of needs at resources at a local level.  She also teaches at the graduate level in social work and psychology.

Shapiro’s publications focus on implementation of evidence-based psychosocial interventions and prevention of negative youth outcomes, such as maltreatment and delinquency. She has recently co-authored scientific journal articles and book chapters related to these topics and published an edited volume related to approaches for strengthening families of young children. Shapiro’s publications have been featured in scholarly journals, such as Research in Developmental Disabilities, Prevention Science and the Journal of Family Strengths.

Shapiro has served as associate editor of the Journal of Child and Family Studies since Oct. 2016. She is also an item writer for Examination for Professional Practice in Psychology, the national examination for licensure in psychology in the United States and Canada.

Shapiro received her master’s degree and Ph.D. in clinical psychology from the University of Arizona.