Since graduating USC Salkehatchie, Michael Dewitt, Jr. has fulfilled his lifetime dream of becoming a writer many times over, serving as the editor and publisher of the 137-year-old Hampton County Guardian, and publishing work in dozens of newspapers and magazines – from the August Chronicle to Southern Living. Michael is also a frequent contributor to South Carolina Wildlife magazine, penning a regular humor column and authoring multiple major features.

In May of 2015, Michael’s first book was published. A local photo history, Images of America – Hampton County details the impressive legacy of Hampton County, where Michael was raised. In 2017, he published a collection of his award-winning Southern humor columns, Saying Grace Over Edible Underwear.

Dewitt has served as volunteer playwright for the “Salkehatchie Stew” for the last four years. He still serves as editor and publisher of the Guardian, and volunteers regularly in his community. In 2014, he was named the Hampton County Chamber of Commerce’s Person of the Year for his service to the community. 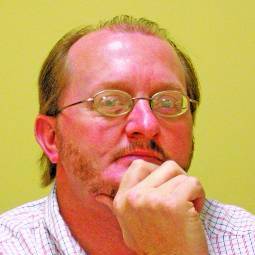