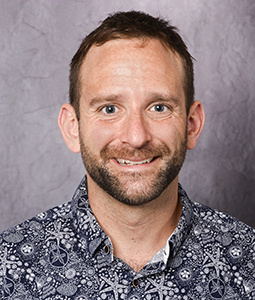 The Speiser Lab uses integrative and comparative approaches to study the evolutionary physiology of marine invertebrates. Our areas of emphasis include the following:

Visual Ecology of Marine Invertebrates. The visual systems of animals vary in form and function. Consequently, different kinds of animals perceive similar surroundings in dissimilar ways. By characterizing the spatial resolutions, spectral responses, and temporal dynamics of visual systems, we can identify the visual cues that influence how animals detect predators and prey, hide themselves from detection, and navigate through their environments. We study the visual ecology of shallow-dwelling marine invertebrates including a variety of molluscs and crustaceans.

Neurobiology of Distributed Visual Systems. Although most research on visual processing is conducted on animals that have a pair of eyes on their head, we have much to learn from animals with visual systems that deviate from this familiar arrangement. For example, some invertebrates have visual systems that include dozens to hundreds of image-forming eyes. We are studying how these animals use their relatively simple nervous systems to integrate and process visual information. In particular, we are studying the neurobiology of many-eyed molluscs such as scallops and chitons.