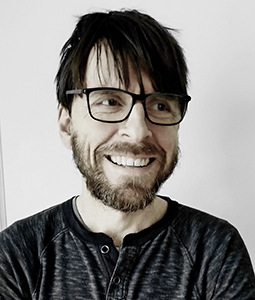 Brent Simpson is Professor of Sociology, Graduate Program Director, and Co-Editor of Social Psychology Quarterly. He received in PhD in Sociology from Cornell in 2001. He is a social psychologist with substantive interests in altruism and prosocial behavior; cooperation & collective action; social networks; and inequality and discrimination.

Research overview: My research agenda is driven by a short attention span and a love of collaborating with friendly and interesting people. I get bored with continually chipping away at a specific problem and therefore try to research questions I have not previously worked on. The ability to do this collaboratively with graduate students and other colleagues is what I find most interesting and exciting.

In what ways does generosity pay? (with Kimmo Eriksson, Pontus Strimling, and Irina Vartanova)

How and when does prosocial behavior spread through populations? (with David Melamed)

How do networks impact cooperation and how does cooperation, in turn alter networks? (with David Melamed, Ashley Harrell, and Jered Abernathy)

How does discrimination affect performance at work? (with Nicholas Heiserman)

How do we get Americans to be more concerned more about the high level of inequality that exists in the U.S.?  (with Nicholas Heiserman and Robb Willer)

I typically teach undergraduate- and graduate-level courses in social psychology, and Introduction to Sociology.

2018  Harrell, Ashley, David Melamed, and Brent Simpson. Forthcoming. “The Strength of Dynamic Ties: The Ability to Break Some Ties Promotes Cooperation in Ties that cannot be Broken.” Science Advances 4, eaau9109.

2016  Freda B. Lynn, Brent Simpson, Mark H. Walker and Colin Peterson. “Why is the Pack Persuasive? The Effect of Choice Status on Perceptions of Quality.” Sociological Science 3:239-63.

2013  Kimmo Eriksson and Brent Simpson. “The Available Evidence Suggests the Percent Measure Should Not be Used to Study Inequality: Reply to Norton and Ariely.” Judgment and Decision Making 8:395-96..

2012  Kimmo Eriksson and Brent Simpson. “What Do Americans Know About Inequality? It Depends How You Ask Them.”  Judgment and Decision Making 7:741-745.