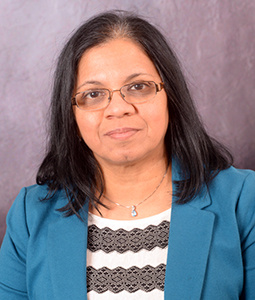 Our research focuses on regulation of cell survival and apoptosis by interferon-induced, double-stranded RNA activated protein kinase PKR. In particular, we study the regulation of PKR’s kinase activity by its activator protein PACT (DYT16) in response to stress signals that include oxidative stress, growth factor withdrawal, and endoplasmic reticulum (ER) stress. Our work has major implications on origin, progression, and treatment of many human diseases and disorders such as cancer, neurodegeneration, diabetes, and aging.

We are interested in mechanistic questions that address regulation of cell fate (survival or apoptosis) in response to stress signals. The lab focuses on protein-protein interactions and we use many biochemical and genetic assays to determine how interactions between proteins change in response to environment, primarily by changes in protein modifications such as phosphorylation.

In addition to this, in collaboration with the Dudycha lab, we are currently investigating stress response and its effects on aging and longevity using the microcrustacean Daphnia as a model system. We focus on heat shock response, eIF2 alpha phosphorylation, and its relationship to life span determination.