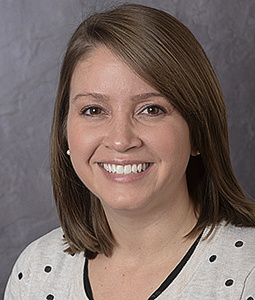 As the Director of Undergraduate Studies in the Department of Biological Sciences, my primary focus is to serve in an administrative role that helps to promote the educational mission of the Biological Sciences Undergraduate Program. This is accomplished by facilitating students’ progression through the major while supporting an environment that fosters advanced learning. Our department services approximately 1,700 undergraduate majors, plus many more non-Biological Sciences majors whose coursework requires the completion of a science-based curriculum. Additionally, I serve as an Academic Advisor to Biological Sciences majors. Being an academic advisor at the University of South Carolina has allowed me to fulfill what I consider to be a fundamental responsibility of those involved with the academic growth of students in higher education: to provide accurate and knowledgeable curricular information relating to the educational success of our students.

As a former graduate of this department, the focus of my scientific training primarily involved biological research in the fields of molecular and cancer biology. My research emphasis was on the transcriptional regulation of the p53 tumor suppressor gene. My scientific training has allowed me the opportunity to further my understanding and appreciation of the field of molecular biology. I use my passion for science as a source for inspiration when interacting with my students and advisees. I feel that it is imperative for students to fully understand how important their educational careers are, and how these academic achievements can fuel educational and personal success.

Reisman,D., Takahashi, P., Polson, A., and Boggs, K. (2012) Transcriptional Regulation of the p53 Tumor Suppressor Gene in S-Phase of the Cell-Cycle and the Cellular Response to DNA Damage. Biochem Res Int, 808934 (Epub).