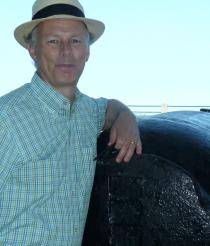 Teaches U.S. history with special interests in the Civil War and Reconstruction era and in cultural and intellectual history.

I am collaborating on a cross-national book about Zouave soldiers with Professor Carol Harrison. I also continue to work with the Historic Columbia on historical interpretation at the Museum of Reconstruction at the Woodrow Wilson Family Home.