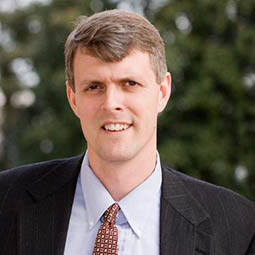 In 2006, Germany joined the Department of History and the African American Studies Program after several years on the faculty of the University of Virginia’s Miller Center of Public Affairs, where he led the LBJ project, co-founded the award-winning website www.whitehousetapes.org, and served as a host of For The Record, a nationally distributed PBS interview program on politics and history. At South Carolina, his teaching and research have focused on a wide range of topics including the civil rights movement, presidential politics, recent U.S. history, African American history, and oral and documentary history. The author of New Orleans After the Promises and numerous scholarly articles, he is also the editor or co-editor of seven books about the once-secret presidential recordings of John F. Kennedy and Lyndon B. Johnson. He has given over eighty scholarly presentations or invited lectures and made approximately fifty commentaries or appearances in regional, national, and international print publications, radio and television programs, or documentary films, including CBS Evening News, AmericanHistoryTV, C-SPAN TV and C-SPAN Radio, MSNBC, PBS Frontline, the Wall Street Journal, and U.S. News and World Report.

He is currently conducting research for separate projects on Lyndon Johnson’s presidency, on Hurricane Katrina, and on the concept of “political genius.”