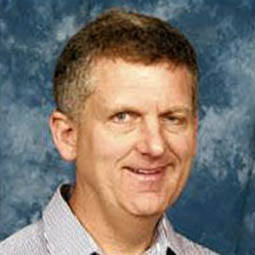 Teaches Early American history, especially the American Revolution, with a focus on economic history and on African Americans, Native Americans, and women.

Professor Holton teaches graduate seminars on Colonial America and on the American Revolution. At the undergraduate level, he teaches the first half of the U.S. history survey and upper-level classes on Early American Women, the American Revolution, and Early African Americans. In the near future he will teach seminars on slave rebellions and on the history of capitalism in North America.

Holton’s 2009 book, Abigail Adams, which he wrote on a Guggenheim fellowship, won the Bancroft Prize. Holton is the author of Unruly Americans and the Origins of the Constitution (2007), a finalist for the George Washington Book Prize and the National Book Award. His first book, Forced Founders: Indians, Debtors, Slaves and the Making of the American Revolution in Virginia (1999), won the Organization of American Historians’ Merle Curti award.

For the 2012-2013 academic year, I have a National Endowment for the Humanities fellowship to write a book called Liberty is Sweet: An Integrated History of the American Revolution. Its structure will be traditional, which is to say narrative, but its purpose is to introduce general readers to academic historians’ numerous recent discoveries about the founding of the nation. I am also finishing an article linking the adoption of the first married women’s property acts in the middle of the 19th century to the increased vulnerability of American debtors after the ratification of the U.S. Constitution in 1788. In addition, I have just begun co-writing a comparative analysis of three centuries of Atlantic slave revolts.