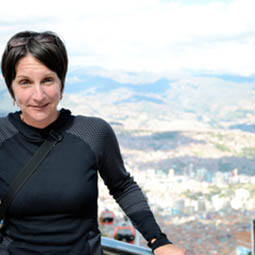 Horse racing, one of the oldest and most celebrated sports in America, is embedded in Southern culture and identity. This traditional pastime reflects the most noticeable population change in the Southeast through the rise of Latino jockeys in the twentieth century. In the nation’s premier horse racing event in 2015, the Kentucky Derby, 61% of the jockeys were Latino. The large number of Latino jockeys mirrors broader population trends in SC. The Latino population is the fastest growing population, having increased by 147.9% in SC between 2000-2010. While no population study of the Aiken, SC equine industry exists, estimates suggest that the Latinos account for over 60% of the total workers at the Aiken Training Track.

My study is driven by a humanities-based perspective that moves beyond quantitative assessments of how many Latinos work in the equine industry to address what the growing number of Latinos means in terms of horse racing and in terms of broader societal issues transforming the American South. Horse racing is a particularly useful site of analysis not only because a high number of Latinos work in the equine industry but also because it is a profession in which Latinos have experienced significant success at the highest echelons of riding and racing. The public arena of the track serves as a platform for the Latino athlete to claim a space in American culture and to negotiate perceptions of Latinos within contemporary American society. My current research project will historicize the rise of the Latino jockey in the twentieth and twenty-first centuries and investigate how Latinos use their visibility as athletes to shape American sports culture. I teach classes on Sports and Society in the Americas, as well as Modern Latin American History, Introduction to Latin American Civilization, and classes on performance, race, and identity. In my former research in Bolivia, which resulted in the book Acting Inca: National Belonging in Twentieth-Century Bolivia, I employed theater as a historical source. In the book, I explore the relationship between race, ethnic identity, citizenship, and the formation of the nation state in late nineteenth- and early twentieth-century Bolivia, with important ramifications for contemporary indigenous mobilizations in Bolivia. In my current research project, my focus on horse racing and Latino jockeys similarly explores the performative aspect of sports and seeks to connect the Americas using sports as a source.