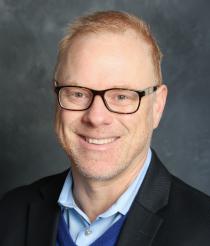 Lekan’s research examines European environmental history and the legacies of green imperialism, particularly the frictions between global and local wildlife conservation and the uneven effects of tourism as a lever of sustainable development in East Africa during the decades of decolonization and early independence (ca. 1950-1980).  He recently published Our Gigantic Zoo: A German Quest to Save the Serengeti (Oxford, 2020), which investigates the work of Bernhard Grzimek, Germany’s most important twentieth-century conservationist. The book examines the tensions between global ambition and local place-making during the mid-century expansion of national parks, nature tourism, and wildlife television.

He has also published histories of conservation science and landscape planning and written about images of the global environment in the Anthropocene, including Imagining the Nation in Nature: Landscape Preservation and German Identity, 1885-1945 (Harvard, 2004) and the co-edited anthologies Germany’s Nature: Cultural Landscapes and Environmental History (Rutgers, 2005) and Whose Anthropocene: Revisiting Dipesh Chakrabarty’s “Four Theses” (Rachel Carson Center, 2015).  He also co-edited a theme section for the journal Environment and Planning E: Nature and Space on “Baselining Nature: Explorations of Futures-Past in Environmental Science” (January 2020).

These projects have received generous fellowship support from several institutions, including the American Council of Learned Societies, the German Historical Institute in Washington, D.C., Princeton University’s Shelby Cullom Davis Center for Historical Studies, the National Humanities Center in Research Triangle Park, NC, the U.S. National Park Service, the Rachel Carson Center for Environment and Society in Munich, and the Max Planck Institute for the History of Science in Berlin.

I am currently working on two book projects.  With the support of a Rachel Carson Center for Environment and Society fellowship in Spring 2020, I began drafting “Conservation by Slaughter: Wildlife Utilization and the African Origins of Sustainable Development.”  This book is the first history of a now largely forgotten IUCN/FAO effort to integrate soil conservation and agricultural development by “cropping” African game animals for bushmeat during the period of decolonization and the Green Revolution. Here I cast doubt on market-based conservation schemes to make “pay for themselves” by showing how such development projects severed pastoral and hunting communities’ existing dietary relationships to animals and other non-human life.