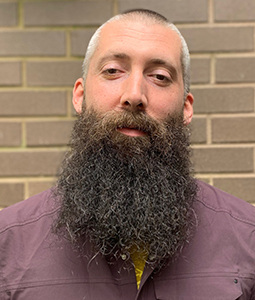 Matthew Melvin-Koushki specializes in early modern Islamicate intellectual and imperial history, with a focus on the theory and practice of the occult sciences in Timurid-Safavid Iran and the broader Persianate world to the 19th century.

He received his Ph.D. in Islamic Studies from Yale in 2012, and has held postdoctoral fellowships at the University of Oxford and Princeton University. His dissertation, “The Quest for a Universal Science: The Occult Philosophy of Sa’in al-Din Turka Isfahani (1369-1432) and Intellectual Millenarianism in Early Timurid Iran,” won the Middle East Studies Association’s Malcolm H. Kerr award for best dissertation in the humanities. This study demonstrates the integrality of occult modes of knowledge to early modern millenarian-universalist projects, whether in the Islamicate heartlands or Renaissance Europe, both equally the West; as a case in point, it focuses on the mainstreaming of lettrism or kabbalistic thought as a preferred vehicle for neopythagorean-neoplatonic philosophy-science in intellectual circles in early 15th-century Iran—some 70 years before the emergence of Christian kabbalah in Italy.

Melvin-Koushki’s current research expands on this theme to a) investigate the occult sciences in the context of both history of science and history of philosophy in the Islamicate world, and particularly their interpenetration with “legitimate” sciences such as astronomy or medicine; and b) demonstrate their new function as a primary basis for the universalist imperial ideologies developed in the post-Mongol Persianate world, especially those of the Timurids, Aqquyunlu, Safavids, Mughals and Ottomans. More broadly, he argues that persistent eurocentric, whiggish and occultophobic biases have elided a major problematic in comparative early modern intellectual and cultural history: given that Muslim and Christian thinkers of the 15th-17th centuries were equally committed to decoding the Two Books, nature and scripture, with both contingents heavily investing in lettrism/kabbalah and the other occult sciences to that end, why did “scientific modernity” arise in western Europe but not in the much wealthier and more cosmopolitan Islamicate world? And what were the cultural and political factors that made for such a remarkable degree of Islamo-Christian intellectual continuity—still almost totally unexplored—during the era of globalization?

He teaches the history of Islamicate civilization from the late antique to the early modern period, with an emphasis on such categories as cosmology and philosophy; mysticism, messianism and millenarianism; science, magic and religion; empire and revolution; monotheism, logocentrism and universalism; intellectual networks; nomadism and sedentarism; historiography, chancery literature and diplomatic practice; early modern orientalism; and connected histories. Regularly offered courses include:

Melvin-Koushki is converting his dissertation into three books: Occult Philosophers and Philosopher Kings in Early Modern Iran, an examination of the thought and fraught career of Ibn Turka, the foremost occult philosopher of early 15th-century Iran, as index of larger intellectual and sociopolitical developments that shaped the early modern Persianate world; The Occult Science of Empire in Aqquyunlu-Safavid Iran: Two Shirazi Lettrists, which extends the scope of the first book to the end of the 16th century by way of two case studies, with a focus on Shiraz as a major center for Persianate occultism from the 13th century onward; and a critical edition and translation of ten unpublished Persian and Arabic treatises by Ibn Turka on the subject of lettrism. Melvin-Koushki is also co-editor of the volumes of proceedings from two international workshops he organized or co-organized, at Princeton in February 2014 and at Oxford’s Ashmolean Museum in January 2017 respectively. The first, Islamicate Occultism: New Perspectives, was published in fall 2017 as a special double issue of Arabica; the second, Islamicate Occult Sciences in Theory and Practice, is forthcoming from Brill in Spring 2020. Current article-length projects include the role of Islamic neopythagoreanism in history of philosophy and history of science, especially in relation to the celebrated mathesis narrative on the one hand and the emergence of neopythagorean-monist historiography on the other; several case studies of prominent Iranian geomancers from the Ilkhanid period to the Safavid; the pivotal role of astrology, lettrism and geomancy in the inception of the Ottoman-Safavid conflict in the early 16th century, including their ideological and military deployments on both sides; Qajar and modern receptions of Safavid occultism; the development of anti-Safavid and anti-Shi‘i propaganda by scholars working for the Aqquyunlu, Ottoman and Uzbek Empires; lettrism and philology in/as early modernity; and occultism vs. colonialist modernity. Further details are available on sc.academia.edu.

“Toward a Neopythagorean Historiography: Kemālpaşazāde’s (d. 1534) Lettrist Call for the Conquest of Cairo and the Development of Ottoman Occult-Scientific Imperialism,” in Liana Saif, Francesca Leoni, Matthew Melvin-Koushki and Farouk Yahya, eds., Islamic Occultism in Theory and Practice, Leiden: Brill (forthcoming 2020)

“The New Brethren of Purity: Ibn Turka and the Renaissance of Neopythagoreanism in the Early Modern Persian Cosmopolis,” in Aurélien Robert, Irene Caiazzo and Constantin Macris, eds., Companion to the Reception of Pythagoras and Pythagoreanism, 2 vols., Leiden: Brill (forthcoming 2020)

“Powers of One: The Mathematicalization of the Occult Sciences in the High Persianate Tradition,” Intellectual History of the Islamicate World, 5/1 (2017), 127-99 [pdf]

“The Occult Challenge to Messianism and Philosophy in Early Timurid Iran: Ibn Turka’s Lettrism as a New Metaphysics,” in Orkhan Mir-Kasimov, ed., Unity in Diversity: Mysticism, Messianism and the Construction of Religious Authority in Islam, Leiden: Brill, 2014, 247-76 [pdf]