Ben Hepner has worked in a biology lab, a health clinic and an exercise science facility, but it was while serving on a jury that he found the place he most wanted to be: a courtroom.

Just a year after graduating from the University of South Carolina School of Law in 2016 and completing a state judicial clerkship with the Honorable Edward W. Miller, Hepner will join Greenville Health System’s in-house counsel team.

Hepner says like many college students, he changed his major several times, starting as a Biology major and finishing with a Health and Exercise Science degree from the College of Charleston. But for Hepner, it wasn’t a matter figuring out what he wanted to do, but rather finding a way to combine all of his passions into a career.

“I went into college thinking I would go to medical school after I got my degree. My dad is a science teacher so I had to be a science major. As a biology major, I realized I liked interacting with people rather than frogs and bacteria and that’s when I switched to Exercise Science. After college, I went to graduate school to get more involved in clinical research but realized that clinical research was not for me.”

The Charleston native says while serving on a jury and watching two great lawyers try a difficult case, it clicked for him. While in law school, he realized that a career in Health Law provided an opportunity to work with people, while still remaining rooted in the medical and science communities.

He began his legal studies at South Carolina Law in 2013. While in school, he served as a representative and parliamentarian for the Student Bar Association, volunteered with the Lexington County Juvenile Arbitration Program and Midlands Mediation Center, and was an active member of the Mock Trial Bar. He also worked for the South Carolina House of Representatives as a law clerk for the House Judiciary Committee and for the Chief Counsel to the Speaker of the House.

Throughout school, his interest in healthcare and health law only grew. He says the day-to-day work of in-house counsel is what first attracted him to the position with the Greenville Health System.

“I enjoy learning new things and being challenged, and most in-house attorneys are required to be knowledgeable about and understand many different legal concepts. In-house attorneys often get involved in their company’s business operations, and I developed an interest business while working on several of the Business Court cases assigned to Judge Miller. I also like the idea of working for one client, developing a rapport with that client, and believing in that client’s mission.”

Hepner begins his new job at the end of July. He credits the School of Law for helping him reach his full potential. He is especially grateful to Career Services for their instrumental role in assisting him in apply to jobs.

“The cover letter and resume I used to apply for jobs were both documents that I worked on with the Career Services team, and I’m sure that their help and suggestions on those documents helped me stand out from the other applications,” says Hepner. “I’m so appreciative of all of their help. The Career Services staff are such wonderful assets to our law school community.”

Inside the classroom, Hepner says his professors equipped him with the critical thinking, communication and professional skills that make him a successful attorney. One class in particular, he says, sticks out in his mind: Fourth Circuit Practice, taught by the Honorable Dennis Shedd, a judge for the U.S. Fourth Circuit Court of Appeals.

“In my experience, Judge Shedd’s course is the best course to learn and practice the skills that you have to have to be an effective lawyer. Judge Shedd puts your problem-solving skills to the test because he expects you to understand all of the issues in a case, the potential solutions to those issues, and how each issue is best resolved. He puts all of your skills to the test, but you come out more polished afterwards.” 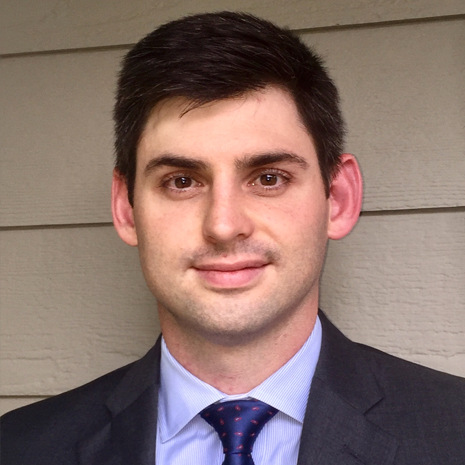