Eve Ross, a reference librarian in the law library, spearheaded the petition after working with young lawyers and students who found the process confusing. The old rule applied to citations of “regulations which appear in the Code of Laws.” However, in 2011 regulations were no longer included in the Code of Laws and instead printed in their entirety in the separate Code of Regulations.

“The new rule short-circuits the need for any historical explanation, because the rule now applies accurately to ‘regulations which appear in the Code of Regulations,’” says Ross.

In addition to this clarification, the new rule takes into consideration the ability to access regulations online, without the use of hardbound books. The old rule required a volume number in the citation. Online versions do not include the volume number. This change eliminates the need to backtrack to hardbound books if the research is done online.

“Most attorneys are doing their state regulations research online. Attorneys would have to make a special trip to the library shelf to jot down the correct volume numbers, after having done all their research online. The new rule saves a lot of time for those doing research.”

The petition was brought by Duncan Alford, Terrye Conroy, Aaron Glenn, Rebekah Maxwell, Pamela Melton (prior to her retirement), and Candle Wester, in addition to Ross. Since there is no set process to petition a change to the appellate court rules, the team was mindful to construct a petition that was worthy of the court’s time.

“Citation format isn’t exactly a life-or-death issue. However, if you look at how many law students and new lawyers were struggling to understand the old rule and taking extra time to comply with the old rule, the impact is substantial after all.” 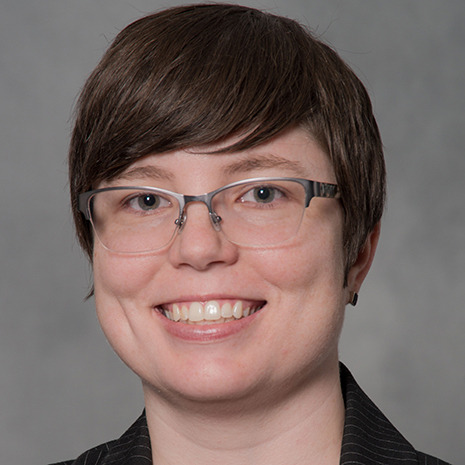 Eve Ross has been a reference librarian at the Law Library since 2016. She graduated from the School of Law in 2007.