"Technology is as important as ethics for lawyers to understand,” says Bryant Walker Smith. “Understanding the opportunities and challenges that artificial intelligence will present for your clients, your practice, and the very profession will be essential to being a competent lawyer. In fact, in many ways this is an ethical obligation because failing to use the legal tools available to you -- or using them without thinking -- could be an abdication of your professional responsibility.”

Smith, an internationally recognized expert on the law of the newly possible and a professor at the University of South Carolina School of Law, is also the faculty advisor for the 2018 South Carolina Law Review symposium, “Surviving the A.I. Surge: Artificial Intelligence and the Practice of Law.”

The symposium, held on February 9, will focus on the implications A.I. has had--and will continue to have--on the legal industry, and how lawyers can adopt and even embrace A.I. in their practices.

When most of us think of A.I., it is usually as something to be feared (the HAL 9000 in “2001: A Space Odyssey”; “The Terminator”; and even “The Matrix” come immediately to mind). However, Smith explains that our lives are already touched daily by A.I.

“The most prominent examples in the public’s mind are ones that they might be able to interact with, but those are a ways off.  Today, we are most often talking about a form of automation, advanced algorithm, or data-based deep learning that impact our lives in far more subtle ways.”

Those subtleties exist as a series of ones and zeros that play a role in everything from your Facebook “friend suggestions” to the operation of financial trading systems affecting your retirement savings.

In the legal sphere, A.I. services like IBM’s Watson and ROSS can sift through massive amounts of data and case law, and then draft their conclusions, freeing up a lawyer’s time to focus on other aspects of the case. And as these services become more available, it will also become more affordable, especially for those who traditionally haven’t had access to justice.

But this type of efficiency can also be a double-edged sword with complications of its own.

“It’s dangerous for everybody to think that high-education jobs are protected from A.I. Even if the whole job isn’t susceptible to automation, many of the sub-functions are,” Smith says. “And if one person with technology can do the work of 10 people previously, you only need 10 percent of those people.”

What’s more, program malfunctions could lead to clients being wronged in other ways.

The potential for new ways to use A.I.—and cases involving A.I.—will grow exponentially in the near future.  And that’s a big reason why the Law Review chose this topic, according to third-year student and symposium co-editor Anthony D’Elia.

“A.I. is relevant to all lawyers because we are both threatened by it, and also given the opportunity to grow from it in new and exciting ways,” says D’Elia. “But either way, if we don’t meet it head on, we’ll be left behind.”

Or, in the infamous words of The Borg, the A.I. beings from the Star Trek franchise, “You will be assimilated. Resistance is futile.” 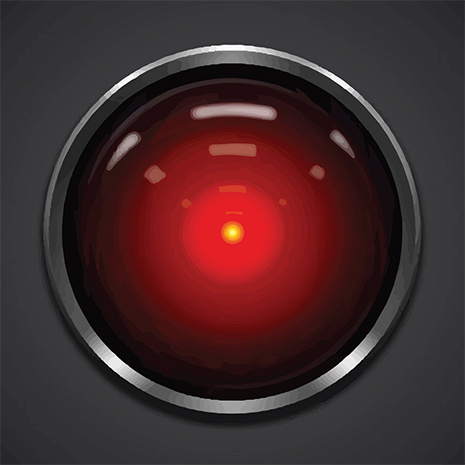 Save your spot at Surviving the A.I. Surge: Artificial Intelligence and the Practice of Law, on Feb. 9, 2018.