Supreme Court Justice Samuel A. Alito to be the featured speaker at the School of Law's dedication ceremony

All law school alumni are invited to attend the dedication of the University of South Carolina School of Law's new building on Thursday, Sept. 14 at 10 a.m.

The Honorable Samuel A. Alito, Associate Justice of the Supreme Court of the United States, will be the featured speaker at the university event, which recognizes the opening of the School of Law’s new home at 1525 Senate Street in Columbia.

The dedication coincides with the School of Law’s 150th anniversary. Parking will be available for guests in the Senate Street Garage located at the intersection of Pickens and Senate Streets.

Inspired by the work of 19th-century South Carolina architect Robert Mills, the three-story building features a limestone and brick exterior. Its main entrance, located on Senate Street and flanked by limestone columns, leads into a grand lobby.  Historical connections to South Carolina’s legal history are found throughout the building.  The Judge Karen J. Williams Courtroom features the judicial bench first used by the South Carolina Supreme Court in the 1870s.  A second courtroom features woodwork preserved from the 1935 Richland County Courthouse, which was demolished in 1980.

A large central courtyard offers an inviting space for quiet outdoor study and social gatherings and allows for the building's interior to be swathed with natural light. The granite benches in the courtyard were once blocks in the walls of the Central Correctional Institution, the state’s 19th century maximum security prison.

A formal two-story reading room in the law library overlooks the courtyard. The building's learning spaces – classrooms and courtrooms – are designed to be flexible in size, configuration and furnishings in order to accommodate different styles of teaching and group study.

Students, faculty, and staff moved into the building at the end of May. 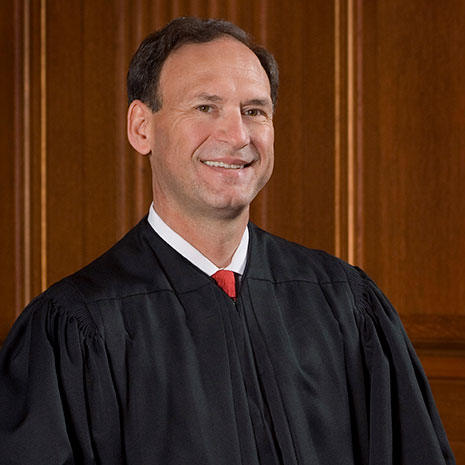 The Honorable Samuel A. Alito, Associate Justice of the Supreme Court of the United States

RSVP Today Let us know you're coming to the Dedication Ceremony!