Almost 150 years in the making—including 10 years of research—a new book by W. Lewis Burke tells the story of South Carolina’s African-American attorneys from 1868-1968.

All for Civil Rights: Black Lawyers in South Carolina, 1868-1968 is the first book-length study of black lawyers in the Palmetto State and recounts the untold struggles and achievements of these men and women in their quest for civil rights.  Burke, a distinguished professor emeritus at the University of South Carolina School of Law, said the project began as a hunt for history on the School of Law during his tenure as associate dean, but turned into “the rewarding recollection of legal soldiers in the Deep South.”

“I was able to identify 167 African-American men and three women who became lawyers from 1868 to 1968. The very fact that they became lawyers was a bold statement,” says Burke. “Imagine in 1868, just a short time after the 13th Amendment became effective, black men were seeking admission to the bar of the state that had been the first to secede.”

Burke credits four attorneys as his inspiration for the book: Harold Boulware, Ernest Finney, Matthew Perry, and William Whipper. And he says the most gratifying experience of his research was spending time with them.

“As a practicing lawyer, I had the opportunity to appear before judges Boulware, Perry and Finney. Harold Boulware was a family court judge in Columbia when I graduated from law school in 1975, and was the first judge before whom I ever appeared. He was a fair judge and was beyond kind to me,” says Burke. “Judge Finney was Chief Justice [of the South Carolina Supreme Court] when I did the book “At Freedom’s Door” and was very helpful and supportive of that work. And I had the privilege of writing a book on the life of Judge Perry and got to spend many hours with him.”

William Whipper, who died in 1907, became a huge inspiration for Burke as he dug into the life of a man others called a criminal.

“He was vilified by historians. My research convinced me he was not a big crook.  He was an outstanding lawyer and I want the historic record amended to recognize him.”

Throughout All for Civil Rights, Burke offers a comprehensive analysis of black lawyers’ engagement with the legal system. He examines court processes, trials and life stories of these lawyers. He argues that their lives, some as former slaves or nonnatives, are the true stories of civil rights lawyers in South Carolina. The book is filled with examples of how they helped lay the foundation for the modern civil rights revolution. It’s a message, while previously untold, that while focusing on the Palmetto State, resonates across the South.

“I believe it’s a story that needs to be told. The sad story of slavery, repression, Jim Crow, and segregation remains with us today,” says Burke. “The story of these lawyers’ battle to tear down Jim Crow should never be forgotten.”

All for Civil Rights can be purchased here.

Burke will draw from his book to deliver a talk on the history of South Carolina's African-American lawyers and their legal education. The lecture will be given on March 28 at 5 p.m. and will be followed by a reception and book signing.  While it is free and open to the public, registration is encouraged.

The event is sponsored by Historic Columbia, the USC HIstory Center, the USC Center for Civil Rights History & Research, and the USC School of Law. 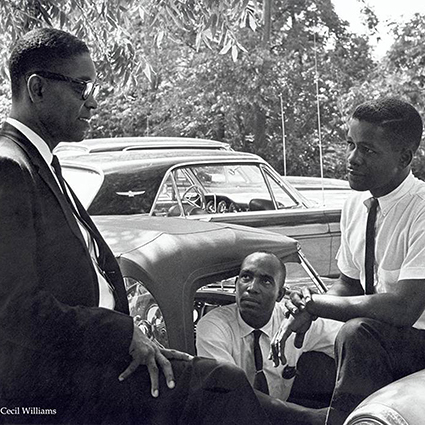 The School of Law will host a lecture and book-signing with Lewis Burke on March 28 at 5 p.m. His talk, “South Carolina’s African-American Lawyers and Their Legal Education,” will focus on the only three Palmetto State universities to educate African-American lawyers. The event is free and open to the public, but registration is requested. 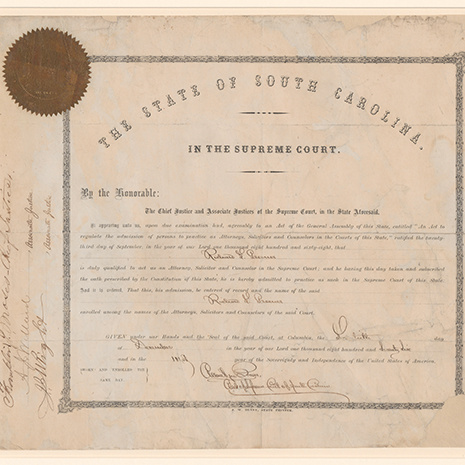 Viewing by request will be available March 20-30. The exhibit will be open to the public on March 28 to coincide with Burke's talk and book signing.