Unless you have an unusually adventurous palate, it’s a safe bet that crickets, termites and mealworms are not a regular part of your diet. Western cultures tend to take a dim view of entomophagy — human consumption of insects — and U.S. regulatory policies don’t exactly encourage the presence of insects in food.

Insects are regularly consumed by an estimated 2 billion people worldwide, a practice that has its roots in culture and sometimes necessity — insects can be a cheap or even free source of protein. Marie Boyd, a School of Law assistant professor, got interested in studying the regulation of insects as food as part of her research on the Food and Drug Administration. She says insect-based food has a long way to go, both from a cultural and regulatory standpoint, in the United States.

“A lot of people in the U.S. don’t think about insects as food even though many people eat insects around the world,” Boyd says. “Insects are used in other cultures as both a delicacy and a way to address food insecurity, but in the U.S., you have to look at how the FDA has dealt with insects in the context of food.”

The Food, Drug and Cosmetic Act prohibits the introduction of adulterated food into interstate commerce, and adulteration can mean either food produced in unsanitary conditions or outright contamination with filth. “And there’s a lot of law saying that insects are filth,” Boyd says. “The FDA’s current regulations define insects among those pests that need to be excluded from food production.”

So what’s a food producer to do when the main ingredient in its product is whole insects or insect parts — technically defined as “filth” by the FDA? Boyd filed a Freedom of Information Act request to find out what FDA staff are saying in an official capacity about insects as food. She found that a few employees have addressed the topic in speeches and articles, noting some of the issues that could arise in that context.

“But there has not been a formal recognition that insects can be food under the federal Food, Drug and Cosmetic Act, which would be an important first step,” Boyd says. “The fact that there hasn’t been that affirmative recognition leads to a lot of uncertainty for food companies that are thinking about going into this area. You have all of this law on one side saying insects are filth, and a few informal statements in speeches or articles acknowledging insects as food but, otherwise, largely inaction on the other side.”

There are a couple of instances in which the FDA has regulated insects in the context of food, though not as an actual food ingredient. Two insect-derived color additives — carmine and cochineal extract — are harvested from scale insects. But because of reports of allergic reactions to these color additives in food and cosmetics, the FDA now requires labeling to warn consumers of potential allergic effects.

Boyd thinks that there is a need to take a closer look at insects as a potential way to meet the demand for food and address food insecurities. Recognizing insects as food requires a  framework for distinguishing between, say, mealworms that have infested stored grain versus mealworms intentionally grown as a food product.”

“There are different issues that come up in those two contexts because if you think about the mealworms that infest grain, they haven’t been produced under any environmental controls,” she says. “If mealworms are intended as food, they could be produced under current good manufacturing practice just like any other food.”

Boyd’s students have supplied her with a small collections of insect-based products, including several snack bars made with cricket flour, but she hasn’t become a connoisseur of insect foods.

“There are lots of things that are edible that we don’t eat. What we see as food really is a cultural perception,” Boyd says. “Think about horsemeat or how lobsters previously were not treated as a delicacy. I think tastes and food practices can change fairly quickly — sushi is a good example of that.

“If the FDA were to recognize and regulate insects as food, it may help to change the perception of insects in the U.S.” 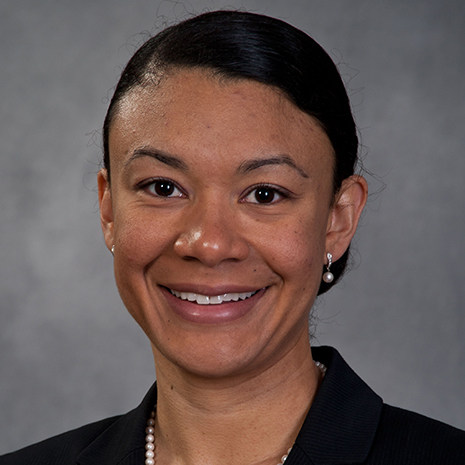 Assistant Professor Marie Boyd's article, "Cricket Soup: A Critical Examination of the Regulation of Insects as Food," was published in Volume 36 of the Yale Law & Policy Review (2017).