South Carolina native and 2009 alumnus Adam B. Landy credits his experiences and professors at South Carolina Law for helping him get to where he is today: the Office of Chief Counsel for the Internal Revenue Service in Baltimore, Maryland.

Landy’s future as a tax lawyer began his freshman year of college, when he recalls turning over a large part of his refund to a professional tax preparer for filing a simple 1040EZ return. Determined not to let that happen again, the following year, he taught himself how to file his taxes, and soon after he was helping friends file their returns.

But it was during his time as a student at South Carolina Law that he realized a true calling for becoming a tax attorney.

“I took Income Tax with Brant Hellwig who is now dean of Washington and Lee University School of Law in the fall of 2007,” says Landy.  “Professor Hellwig made Federal Income Tax come to life.  From there I took almost all of the tax course offerings at USC."

"Professors Hellwig, Boyle, and Quirk’s love for teaching tax made me desire to become the tax lawyer that I am today.”

Landy also became involved with the Volunteer Income Tax Assistance Program (VITA) through the Pro Bono Program—a program he would continue to stay involved in throughout law school, and beyond.

In fact, the IRS profiled Landy’s commitment to the VITA program in a 2018 article, when he was working in the IRS Office of Chief Counsel's SanFrancisco office.  He has since transferred to Baltimore, Maryland, but views his continued participation in the VITA program as a way of helping build bridges in the local community and develop new relationships with his neighbors. "I believe the people and place may be different, but the need is still the same," he says.

The original story is reprinted below with permission:

A passion for helping others led to a volunteer opportunity for a young law student more than 10 years ago. Now, that former law student is an IRS Office of Chief Counsel SB/SE attorney who is still passionate about helping communities in need.

In 2007, while studying law at the University of South Carolina, Adam B. Landy discovered something that would be more fulfilling than he’d ever imagined — the Volunteer Income Tax Assistance (VITA) program

During his first year in college, Adam had his taxes done by a paid preparer and remembered how the preparer charged him a good portion of his refund just to prepare and file a simple Form 1040EZ return. The next year, Adam went to the local library where he got tax forms and prepared his own tax return. After that, he said others asked for tax filing advice, and that started his journey into VITA volunteering.

Adam remained a VITA volunteer throughout law school and became the student coordinator during his last year.

While serving as a VITA volunteer, Adam recalled the demographics VITA helps, and how it allowed him to develop long-term relationships with the community. He remembered many returning clients, and they remembered him especially because he was usually the only attorney preparing returns at the Columbia, South Carolina, site. Adam said that seeing how the refunds helped people with limited incomes make ends meet encouraged him to return each year. He enjoyed providing a service that brought joy to so many people.

Adam said he wants to be a blessing to others, recalling how his mother volunteered for the Meals on Wheels program when he was young. “I want to show this is how I can help the public, and the look of appreciation is all I need to inspire me,” he shared. Adam recalls how many taxpayers would offer baked goods or other similar gifts of gratitude for his help. That gesture of appreciation is a reason he did it for so long, and why he would look forward to the next filing season. Adam never wanted notoriety, but he volunteered simply because he loves helping people. 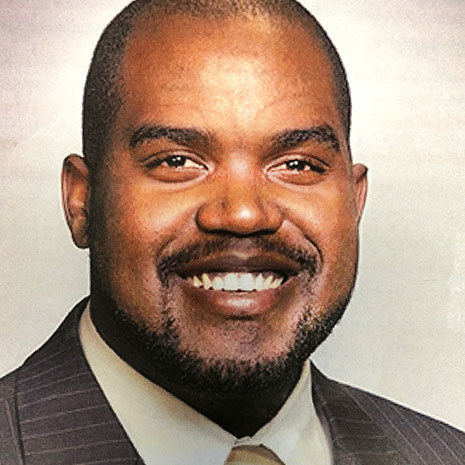 ON THE MOVE: After graduating from law school in '09, Landy, a South Carolina-native, received his LLM in Taxation from Northwestern in Chicago. He then returned to the Palmetto State to work for Burr Forman McNair (formerly McNair Law Firm). His current position with the IRS has taken him to San Francisco and Baltimore.

"USC Law provided me with the tools necessary to be a great lawyer in South Carolina and beyond."