On Oct. 9, the Norwegian Nobel Committee awarded the Nobel Peace Prize for 2020 to the World Food Program, for its “efforts to combat hunger, for its contribution to bettering conditions for peace in conflict-affected areas and for acting as a driving force in efforts to prevent the use of hunger as a weapon of war and conflict.”

The Executive Director of the WFP is David Beasley, a 1979 and 1983 law graduate of the University of South Carolina and former governor of the Palmetto State.

In a statement reacting to the news, Beasley wrote, “The awarding of the Nobel Peace Prize to the World Food Program is a humbling, moving recognition of the work of WFP staff who lay their lives on the line every day to bring food and assistance for close to 100 million hungry children, women and men across the world. People whose lives are often brutally torn apart by instability, insecurity and conflict.

Every one of the 690 million hungry people in the world today has the right to live peacefully and without hunger. Today, the Norwegian Nobel Committee has turned the global spotlight on them and on the devastating consequences of conflict…. Today is a reminder that food security, peace and stability go together. Without peace, we cannot achieve our global goal of zero hunger; and while there is hunger, we will never have a peaceful world.”

Today is a reminder that food security, peace and stability go together. Without peace, we cannot achieve our global goal of zero hunger; and while there is hunger, we will never have a peaceful world.”

Beasley has led the WFP since April 2017, and during that time has worked diligently to answer the call of an ever-expanding number of people who need food assistance due to man-made and natural disasters, including wars, famine, and this year, a global pandemic.

Before coming to the WFP, he spent a decade working in more than 100 foreign countries on projects designed to foster peace, reconciliation and economic progress.

As governor of South Carolina from 1995 to 1999, Beasley helped revitalize and reshape the state’s economy, which led to one of the lowest unemployment rates in the country, and a dramatic increase in private sector capital investment.  His lifetime of public service began when he was elected to serve in the SC House of Representatives at the age of 21--and still a student at South Carolina Law.

“We are thrilled that the leadership of our distinguished alumnus, David Beasley, has resulted in the World Food Program receiving the Nobel Peace prize. David’s leadership on the front lines of food insecurity and in the midst of threats of mass starvation has saved millions of lives across the globe,” said William C. Hubbard, dean of the University of South Carolina School of Law.  “Those of us who have known David for decades are so pleased that his leadership has been recognized in such a powerful way. He has always exemplified courage and commitment in the General Assembly of our state, as governor of South Carolina, and now through his humanitarian efforts, often operating under dangerous conditions. We could not be prouder of one of our most prominent graduates.” 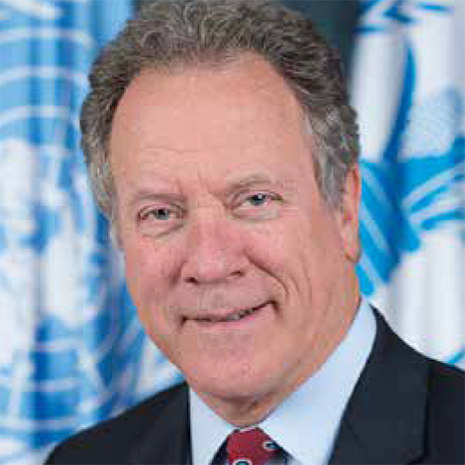 1983 alumnus David Beasley is the executive director of the World Food Program, which was awarded the Nobel Peace Prize for 2020.