A call to action on rule of law in the U.S.

We are living through a rule of law crisis, with authoritarianism on the rise in many countries around the world. Even those with strong rule of law traditions are under stress, and the events of January 6 were a stark reminder that the United States is no exception. Indeed, new data released today by the World Justice Project (WJP) paint a particularly alarming picture of recent rule of law developments in the United States. Legal educators have a critical role to play in reversing these trends.

Drawing on surveys of 138,000 households and 4,200 practitioners about how governance and justice systems work in practice, the WJP Rule of Law Index scores and ranks countries on eight factors of the rule of law. The Index is widely recognized as the leading source of original rule of law data, relied on by a wide range of public and private sector institutions, scholars, and the media.

The 2021 Index, based on data collected between October 2020 and May 2021, shows rule of law declining in 74% of countries measured, with deterioration most prevalent in factors measuring constraints on government powers, civic space, timeliness of justice, and discrimination. The negative trends held in every region of the world and in rich and poor countries alike.

The United States’ overall Rule of Law Index score dropped 2.9%, more than any other high-income country or any other country in Western Europe and North America.

The negative slide in the United States is particularly striking and should be a wake-up call for American educators. The United States’ overall Rule of Law Index score dropped 2.9%, more than any other high-income country or any other country in Western Europe and North America. Overall, the United States ranks 27th out of 139 countries covered in the study. As we mark the 30th anniversary of the dissolution of the Soviet Union, it is notable that three former Soviet republics—Estonia, Latvia, and Lithuania—today earn higher rule of law marks than the United States. US rule of law performance declined in every factor measured except for regulatory enforcement. Deterioration was particularly marked in the factors measuring constraints on government powers, absence of corruption, open government, respect for fundamental rights, and criminal justice.

The pandemic crisis, including the short-term effects of social distancing, may explain some aspects of the deterioration (timeliness of judicial decision-making and restrictions on public assembly, for example). It would be wrong to conclude, however, that rule of law in the United States will automatically bounce back as COVID recedes.

Between 2016 and 2021, the United States’ Rule of Law Index score on constraints on government powers declined by 16%, with double-digit declines in the indicators that make up that score.

Over the same period, the US score on respect for fundamental rights slid 11%, ranking 42nd out of 139 countries on that factor in the 2021 study. On measures of discrimination in the justice system, the US performance has gone from bad to worse, this year ranking 122nd out of 139 in the indicator measuring discrimination in the civil justice system. Among the 44 indicators of the rule of law measured in the Index, the United States gets its lowest score on impartiality of the criminal justice system, falling 33% over the past five years and landing at a ranking of 111th in 2021.

Reversing these trends and strengthening the rule of law in the United States will require committed action from all Americans over the long term, and legal educators should take the lead.

Reversing these trends and strengthening the rule of law in the United States will require committed action from all Americans over the long term, and legal educators should take the lead. Studies of rule of law trends globally show that change comes slowly, often over generations. They also underscore the critical role played by individuals—including public and private sector legal professionals—who make choices to act with integrity, or not. Educators of the next generation of lawyers have an important responsibility to develop in them an understanding of the rule of law and the role they can play in upholding and strengthening it.

This is not something that we should just expect law students to pick up by osmosis. It will require intentional curricular programming. Law schools should offer courses specifically focused on the rule of law as well as mainstream discussion of rule of law topics across the curriculum. Clinical courses can provide students with opportunities to practice upholding the rule of law, while street law and other extra-curricular initiatives can help build rule of law culture in the broader society and develop in students valuable lifelong habits of civic responsibility and leadership.

At each turn, educators should explicitly remind law students that they are being prepared to assume a special obligation to uphold the rule of law. As our profession’s Model Rules of Professional Conduct make clear, “a lawyer, as a member of the legal profession, is a representative of clients, an officer of the legal system, and a public citizen having special responsibility for the quality of justice.” Instilling in the next generation of lawyers this spirit of service and commitment to the rule of law is an urgent cause of paramount importance.

William Hubbard
Dean, University of South Carolina School of Law
Co-founder and chair of the board, World Justice Project 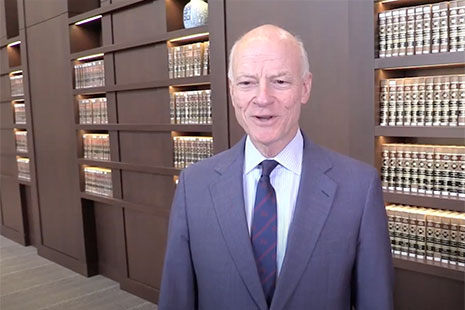 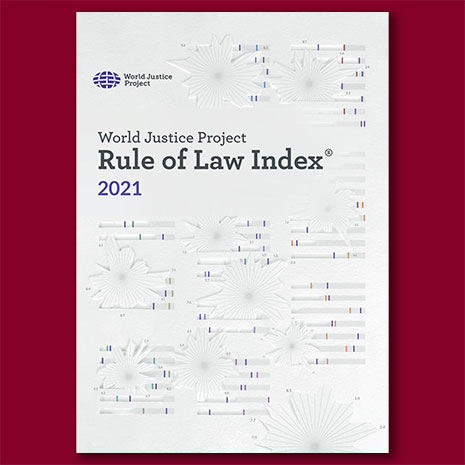 Want to learn more?  The full report is available for download: