John P. Freeman, distinguished professor emeritus and John T. Campbell Chair in Business and Professional Ethics Emeritus, died on Thursday, Oct. 21.   He joined the South Carolina Law faculty in 1973 and taught corporate law, securities law, and legal ethics for more than 30 years before retiring in 2008.  Robert M. Wilcox, former dean of the School of Law and a long-time friend and colleague of Prof. Freeman, offers this remembrance:

John Freeman, who passed away on October 21, 2021, was a critical part of the soul of the University of South Carolina School of Law for more than 30 years.  John taught business and securities law and professional responsibility, and my first contact with him was as a student in his Business Corporations course in 1979.  It was always taught at 8:00 a.m., but John did not start the day slowly.  Few could match his enthusiasm and energy in the classroom, and there was a reason that he regularly was considered the best teacher in the law school.  When you learned corporate law from John, however, you learned at least as much about suing a corporation as you did about creating one. I later came to understand why that was his focus.

John was a fighter, an advocate, a champion of the consumer who might not have a voice if not for his.  He did not shy away from challenging the power of a large corporation, the largest mutual funds, or a law firm if he thought they were mistreating others. And when John became invested in pursuing a matter, no one did it with more determination or skill.  He and I worked together at times.  He and I opposed each other at other times as competing expert witnesses.  Either way, it made me lift the level of my game just knowing of John's involvement because he never was unprepared. In every one of those experiences, John modeled civility and diligence as a lawyer.

At times John made faculty meetings worth attending for the spectacle alone, but he is memorable more for his substance.  He was a leader.  He stood up for what he believed should be done. At times I was glad to be on his side.  At other times, he laid my ears back when he thought I was wrong. I remember well my first faculty meeting when he asked the dean directly what was going to be done "about the hiring disaster of this past year." It was not a comment aimed at me personally, but rather at the process, but it gave me a sense of John's directness that I would regularly observe throughout our time together as colleagues.

John was fire at times.  But John was also the most generous spirit in the building.  He cared for staff like none other, and he did it entirely without fanfare or expectation of any public acknowledgment.  He was always there with a kind word at the appropriate time. He could be found in the law school on weekends with his cocker spaniel at his feet.  Many of the best habits of the law school exist because of John's example of how we should treat one another. He embodied faculty leadership and governance. He valued personal relationships.  He helped to lead efforts to raise scholarships funds from faculty gifts. He demanded excellence.  He ensured that tenure and promotion votes were cast solely on the merits of a file and not on personalities.  He mentored students throughout their careers.

John will be missed by many who studied under him and worked with him. 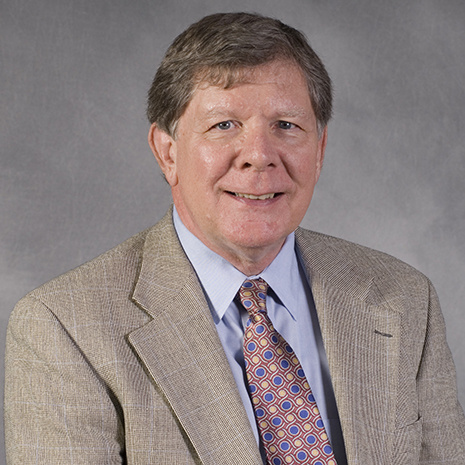