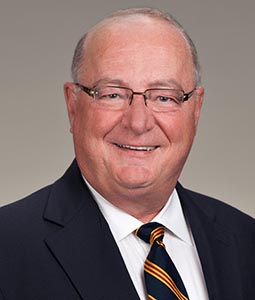 Stan Lacy began teaching workers’ compensation as an adjunct instructor at the University of South Carolina School of Law in 1981 and has continued to teach ever since.

His 40-year legal career includes arguing many landmark cases to the Supreme Court, managing appeals to all appellate court levels, and working on industry-changing legislation on behalf of South Carolina. In 1991, former Governor Carroll Campbell appointed Stan to the Advisory Committee for the Improvement of Workers’ Compensation Laws in South Carolina where he worked with the legislature to review and revise legislation affecting the state’s workers’ compensation system.

He served four years in the United States Air Force, became a captain, and was awarded the Air Force Commendation Medal for his work on the Vietnamization of the war in Southeast Asia. He also received the Vietnam Service Medal and the National Defense Ribbon.