Student helps people around the nation stargaze while social distancing

Thousands of people have peeked through telescopes at the Melton Memorial Observatory over the past few weeks, getting sights of Venus, the moon, the Orion Nebula, and more.

With the help of Asher Wood, they were able to stargaze and keep social distance.

The COVID-19 pandemic caused the observatory to cancel its traditional Monday-night astronomy events. But Melton Observatory staff and others in the College of Arts and Sciences worked together to start broadcasting views from the telescope onto the observatory’s Facebook page on Mondays from 8:30 to 9:30 p.m.

It's kind of like a big show-and-tell some nights.

Wood has been there to help run the equipment and software, as well as the social media feed. People have tuned in from all over the country, giving the observatory a much larger audience than it usually has with in-person, local events. “We get a lot of comments while we're doing the livestream, with people asking questions or giving requests,” Wood says “I’m very happy with that.” 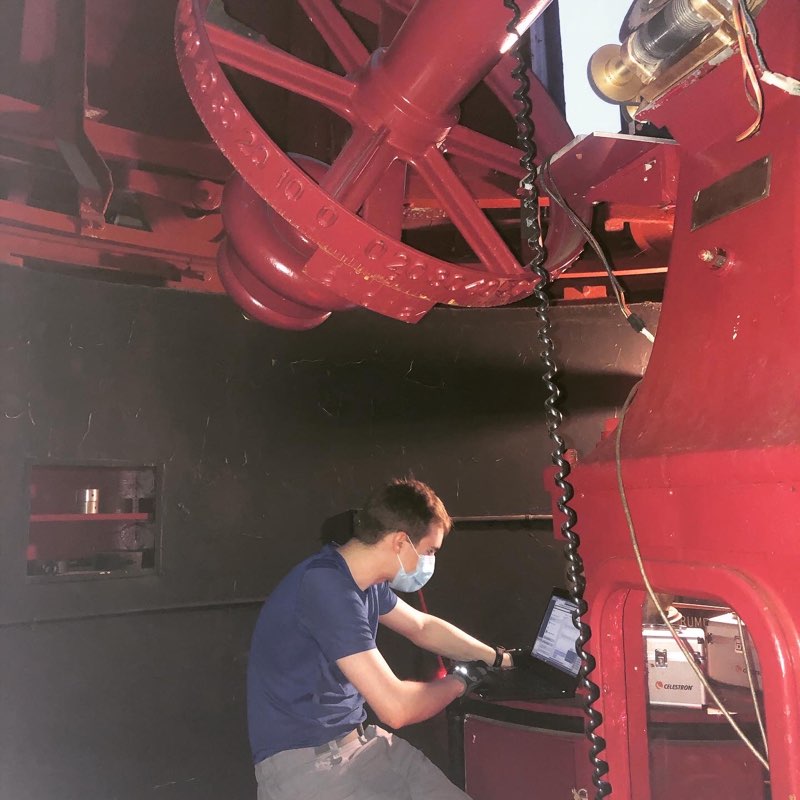 Originally from Greenville, South Carolina, Wood has always enjoyed working through vexing philosophical questions with friends. “I wanted to do something like that in college,” he says, so he is majoring in philosophy. “I enjoy that the philosophy program is so small, so I end up having a lot of the professors more than once. It feels more like a community,” he says.

But he also is minoring in astronomy and linguistics, two interests he picked up in high school. Once he learned about the Melton Observatory public viewing nights, he started going. He saw students helping run the event, so he decided to volunteer, too. Now in his junior year, he has helped at Melton for two years.

Earlier this semester, clouds and rain prevented most of the Monday night events. But since the livestreams began, Monday evenings have tended to be clear. “All it took was a pandemic and then the weather finally got better,” he says with a laugh.

During the livestreams, Wood wears a face mask as recommended by the Centers for Disease Control. He and Martin Bowers, director of the observatory, juggle tasks like adjusting telescopes, connecting cameras to them, and adding text labels to the video feed. They also reply to comments and questions from viewers on Facebook, with help from Jodi Salter, director of experiential learning and community relations.

We get a lot of comments while we're doing the livestream, with people asking questions or giving requests. I’m very happy with that.

They plan to continue broadcasting the telescopic views this summer until social distance rules are eased. Wood looks forward to the day the observatory can open its dome and its doors to the public again. The livestreams are nice, but he misses getting to teach people about astronomy in person.

“It's kind of like a big show-and-tell some nights, when people are going from telescope to telescope, and you're there for them to ask you what they're looking at,” he says. “I get to see everyone come and be fascinated.

Also, the livestream never compares with the excitement of seeing the stars directly through the telescope. “When you're looking at the stuff in person, it looks much better than the anything in the live stream,” he says. “And seeing how it's done is a great experience for people who come to Melton.” 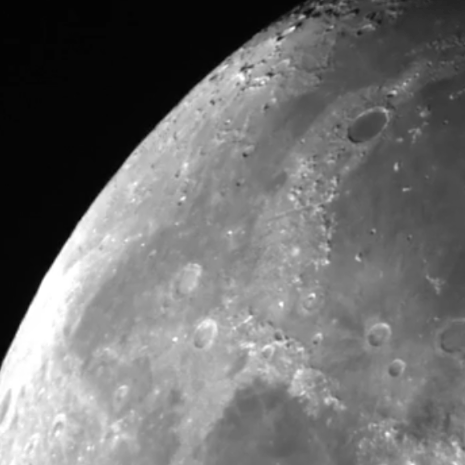